Saint Louis University’s Enrico Di Cera, M.D., has been named a Fellow of the American Association for the Advancement of Science (AAAS) for his distinguished contributions to science. 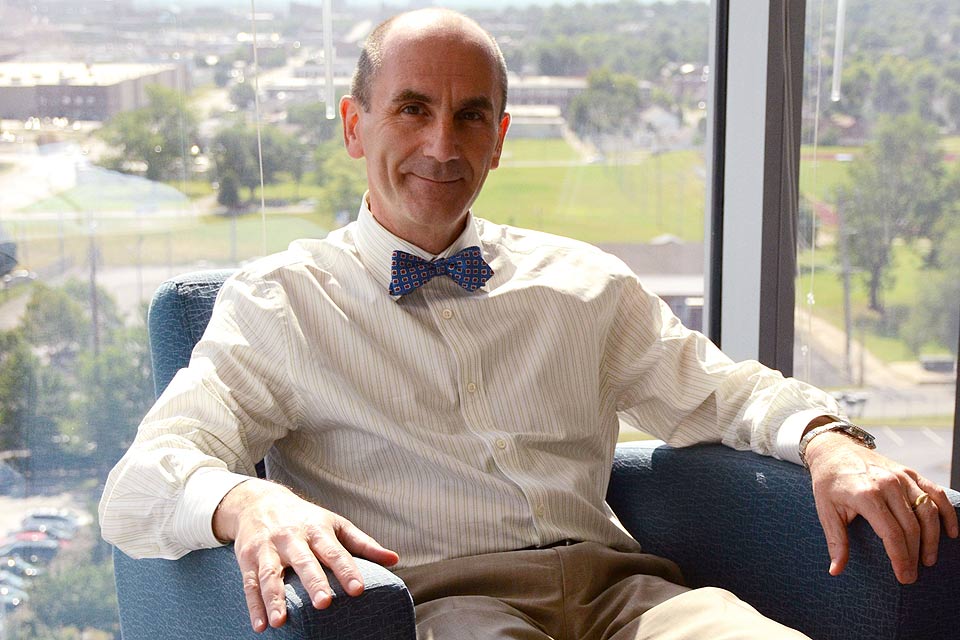 Enrico Di Cera, M.D., is the Alice A. Doisy professor and chairman of the department of biochemistry and molecular biology at SLU.

Elected by their peers, AAAS Fellows are honored for their scientifically or socially distinguished efforts to advance science or its applications. This year’s AAAS Fellows will be formally announced in the AAAS News & Notes section of the journal Science on Nov. 29, and will be recognized with a ceremony in Seattle on Feb. 15, 2020.

Di Cera, who is the Alice A. Doisy professor and chairman of the department of biochemistry and molecular biology at SLU, is being recognized for his key contributions to the theory of ligand binding and to the structural enzymology of proteins controlling blood coagulation.

A protein engineered in his lab for the treatment of life-threatening conditions like myocardial infarction and stroke is currently in Phase II clinical trials.

His work has also led to elucidation of the structural architecture of prothrombin, the most important coagulation factor circulating in the blood – a feat that had eluded scientists for four decades.

Di Cera says that the best part of his work as a scientist is generating new knowledge that translates into medical benefits, which makes it a privilege to work in a medical school.

“I have been truly fortunate in my career because of outstanding mentors and colleagues, a gifted and hard working research team and, of course, the support of a great family,” Di Cera said.

The American Association for the Advancement of Science (AAAS)

The American Association for the Advancement of Science (AAAS) is the world’s largest general scientific society and publisher of the journal Science, as well as Science Translational Medicine; Science Signaling; a digital, open-access journal, Science Advances; Science Immunology; and Science Robotics. AAAS was founded in 1848 and includes more than 250 affiliated societies and academies of science, serving 10 million individuals. Science has the largest paid circulation of any peer-reviewed general science journal in the world. The nonprofit AAAS is open to all and fulfills its mission to “advance science and serve society” through initiatives in science policy, international programs, science education, public engagement, and more. For additional information about AAAS, see www.aaas.org.