After presenting medals to the winners of the Special Olympics Missouri's bowling contest, members of Saint Louis University's Department of Public Safety (DPS) weren't finished celebrating the successes of all of the assembled student-athletes. 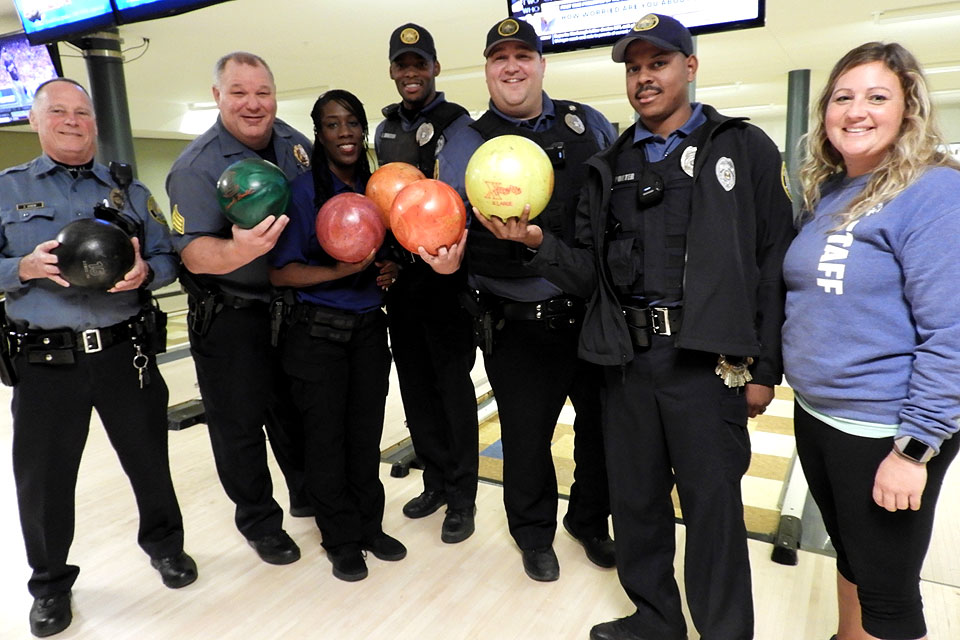 As the last athlete received a medal, the officers, who had acted as the contest's honorary presenters, cheered, led the crowd in clapping and high-fived every child and more than a few adults who were gathered at the Moolah Lanes.

Handing awards at the bowling contest is just one of the ways that SLU's officers, and Chief Jim Moran, nurture a longtime relationship with the Special Olympics, its families and athletes.

"SLU's DPS, and law enforcement officers all around the state are such instrumental fundraisers and supporters of Special Olympics Missouri," Jocelyn Diehl, regional program director for Special Olympics Missouri said. "We love when officers are able to help award medals at competitions so that they can put faces and names to those athletes for whom they are working so hard. This is a powerful way to connect these two groups." 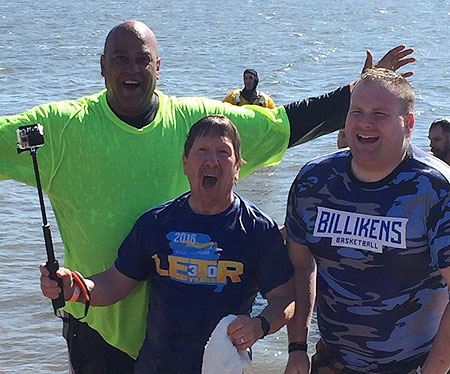 In addition to plunges and runs, DPS has organized car washes and barbecue cook outs on SLU's campus to raise funds for the organization and other charities.

Officers and their families have also volunteered at Special Olympics events, as coaches, assistants and in other roles.

Moran was recently honored by the Saint Louis Bar Foundation, the philanthropic arm of The Bar Association of Metropolitan St. Louis, with a Spirit of Justice Award, for his professional leadership and his community work, including with groups like the Special Olympics. 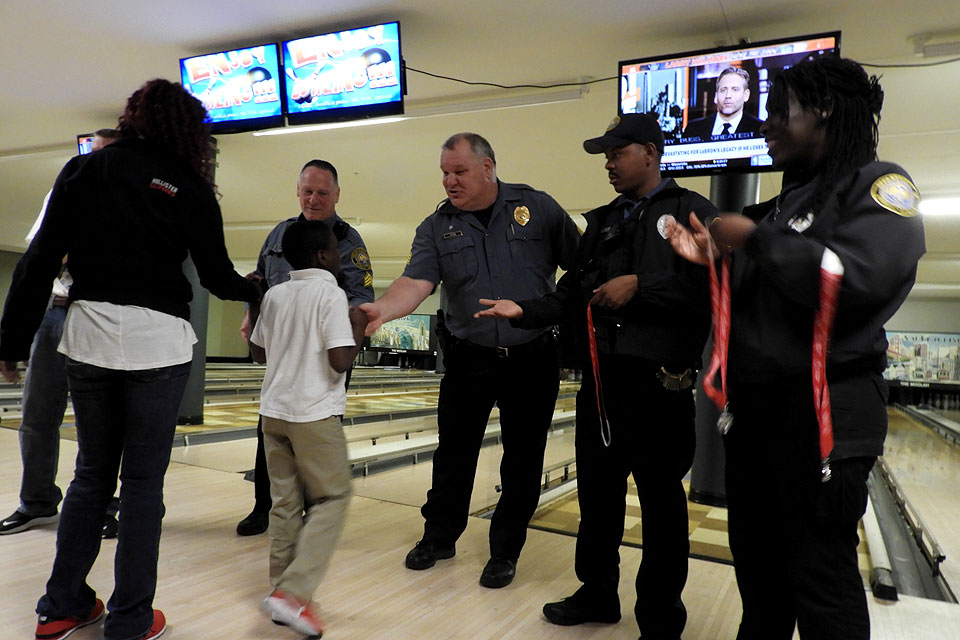