Saint Louis University archaeologist Thomas Finan, Ph.D., has been recognized for his work recovering the history of medieval Irish castles, becoming the first American to join a leading international group dedicated to the study of castles, the Comité Permanent of the Chateau Gaillard European Castle Studies Colloque. 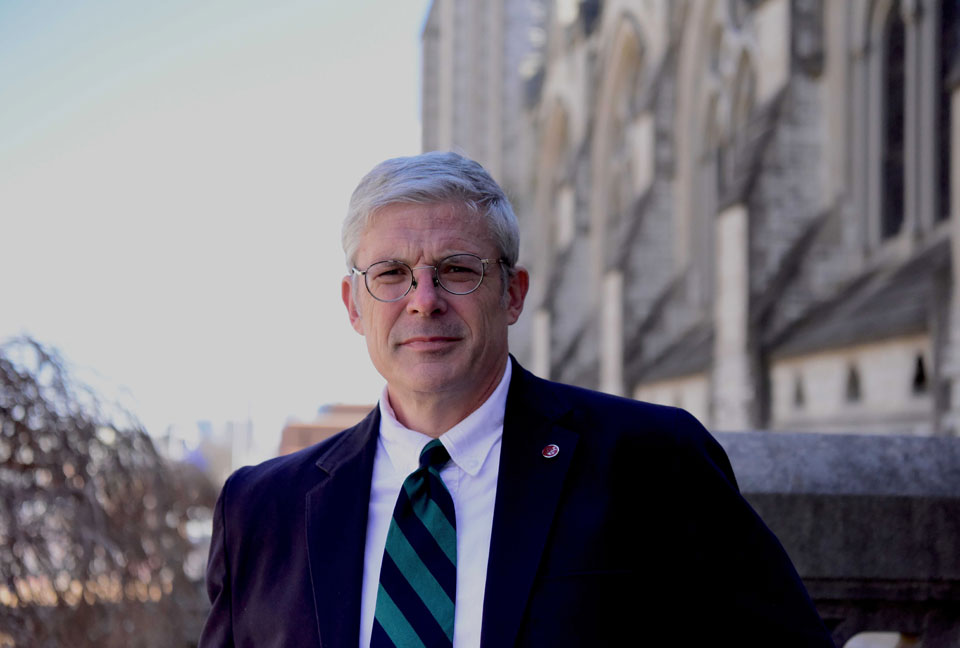 SLU historian Thomas Finan, Ph.D., is an internationally known expert on medieval Irish castles who is currently overseeing excavations at the Rock of Lough Cé in Ireland. Submitted photo

Created after World War II, the colloque brings together castle researchers from across Europe and around the world to further the study of castles and other fortifications.

Finan, chair of the Department of History in the College of Arts and Sciences, is the first American member of the comite’ in its 70-year history. He will represent Ireland for the group due to his expertise on Irish castles.

Finan’s research and excavations on the Rock of Lough Cé, one of the great Gaelic castles of medieval Ireland. His team’s 2019 excavations yielded rich new data as Finan, his students, and colleagues from the University of Minnesota-Morris, uncovered extensive remains of a major Gaelic lord’s home, including artifacts showcasing the man’s high standing.

Plans are in the works to return to Lough Cé next year, and his previous digs at the site has been featured in the documentary, True Gaelic: Unearthing Medieval Ireland. 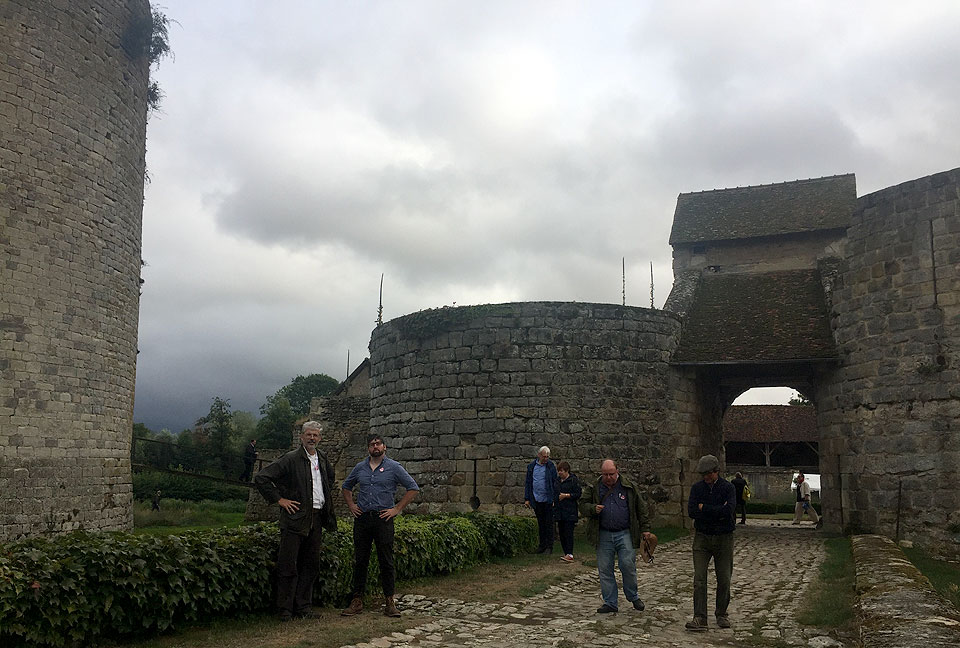 Thomas Finan, Ph.D. (far left) and SLU graduate student Tommy Barrows (second left) tour a castle. Finan will represent Ireland as a part of an international group of experts who are dedicated to advancing the study of castle history. Submitted photo

Castles continue to fascinate scholars and the public, Finan said, because they are reminders of a world gone by, one that not easily replicated centuries later.

“When we look at the medieval world I like to tell people that we still have residuals from that era around us in the form of cathedrals and monasteries, and in most respects they function in a similar way to the medieval era,” Finan said.

“When it comes to castles, though, people often assume that they could just build a castle in 2019 and it would be the same thing," he continued. "However, castles are perhaps the most emblematic of structures built in the Middle Ages because you can’t really have a castle without the society of knights, lords and monarchs who built and sustained the castles.”

Much to my dad's chagrin I used to dig holes in my back yard in South St. Louis. I never found anything, but I always liked the idea of finding something.

After my first experience as an undergraduate at a field school in Wales I was absolutely hooked.

In what ways does your work exemplify SLU's Jesuit mission and Ignatian values?

When I envision doing field work at castles, I find it hard not to think of doing that field work with students.

It was how I was trained, and to me, one of the ways that we as professors can live the Ignatian mission at Saint Louis University is by inviting students to work with us as we search for "truth for the greater glory of god."

In my case, we are exploring an era of medieval Irish archaeology and history that needs further research, and so we are actually on the frontier of knowledge with our research.  I will be honest and say that having SLU students on the project always enhances what we do because they are the best of the best.

Tell us about your work and what led to this honor?

Ive been working on Irish castles and medieval fortified structures since completing my dissertation in 2001.

I am presently directing excavations on the Rock of Lough Cé, one of the great Gaelic castles of medieval Ireland.

Our 2019 season was an incredible success.

In terms of the honor of serving on the Comite Permanente, I was asked to be a member of the group because of my continued research into Irish castles and my work with the conference itself.

Why is this group's work significant to the scholarly community?

The Chateau Gaillard group has been at the forefront of publishing current and groundbreaking research on castle studies in Europe.  It has published a major volume every two years (no small task itself) that includes research from all the countries of Europe.

All of the scholars who participate in the group are leaders in the field of castle studies in their countries, so when we get together it is truly a collection of the greatest thinkers on castles in the world.

How do you bring students into your work and how will this honor play into those efforts?

At the 2018 Colloque I was asked to invite one of my graduate students, Tommy Barrows, to attend the conference in central France.  As you can imagine, for Tommy it was an incredible thrill and opportunity.  He met several scholars where they conversation always began, "Wow, I've read all of your books ..." and we were able to visit some of the great castles of central France.

I think Tommy understood right away that the unique quality of this conference, half traditional lectures, half actually visiting and walking castles, allows the scholar to experience castles in Europe in a very different way.