Since the 1990s, scientists have been exploring the possibilities of miniaturized chemical “laboratories” on a chip, which have potential as point-of-care diagnostics, analysis kits for field research and someday even conducting chemical tests on other planets. 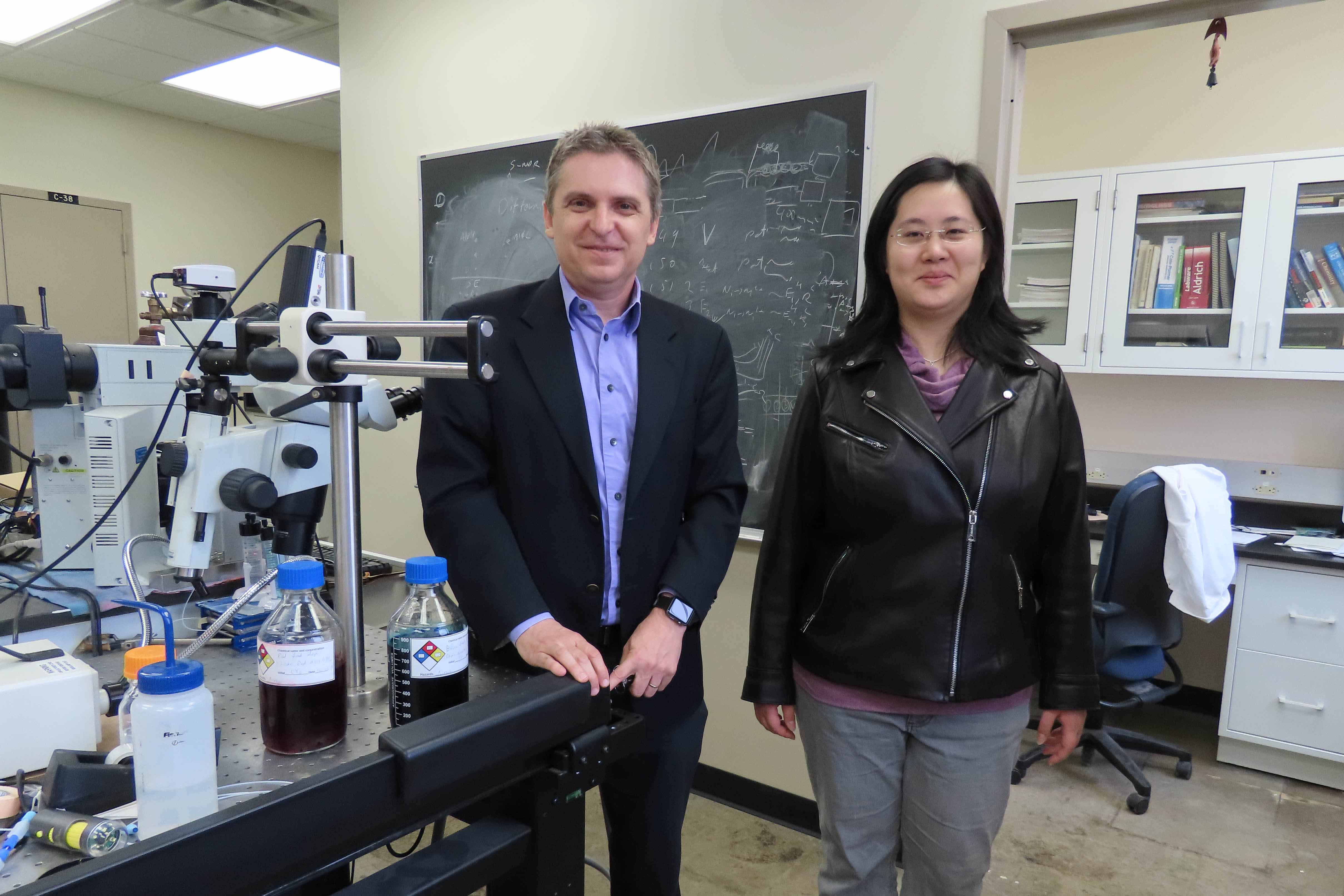 In a normal lab, chemists use beakers to mix chemicals and study reactions. In a miniaturized laboratory, microfluidic systems can conduct chemical experiments on a chip through a series of small connected tubes the size of a hair.

This technology currently is in use, most notably in the medical field, which creates organs-on-a chip for research. However, the technology’s potential has not fully been reached because the chemical reactions are controlled by large equipment that is often external to the chip.

In a recent study published in Nature, researchers from Saint Louis University along with colleagues from Northwestern University and Normandie Universite shared their discovery of a way to program built-in controls in a microfluidic network.

“We took our inspiration from electronics, in which a chip’s controls are self-contained,” said Istvan Kiss, Ph.D., professor of chemistry at Saint Louis University. “When we started the research in this field, we said ‘Why don’t we build tiny little reactors, sub-millimeter-sized?' We used only a small number of reactors, so directing the flow was easy with simple, tiny tubes. But now, to advance the technology, we need the chip to be a bit more complicated, with many reactors and tubes in between, to operate more like a circuit.” 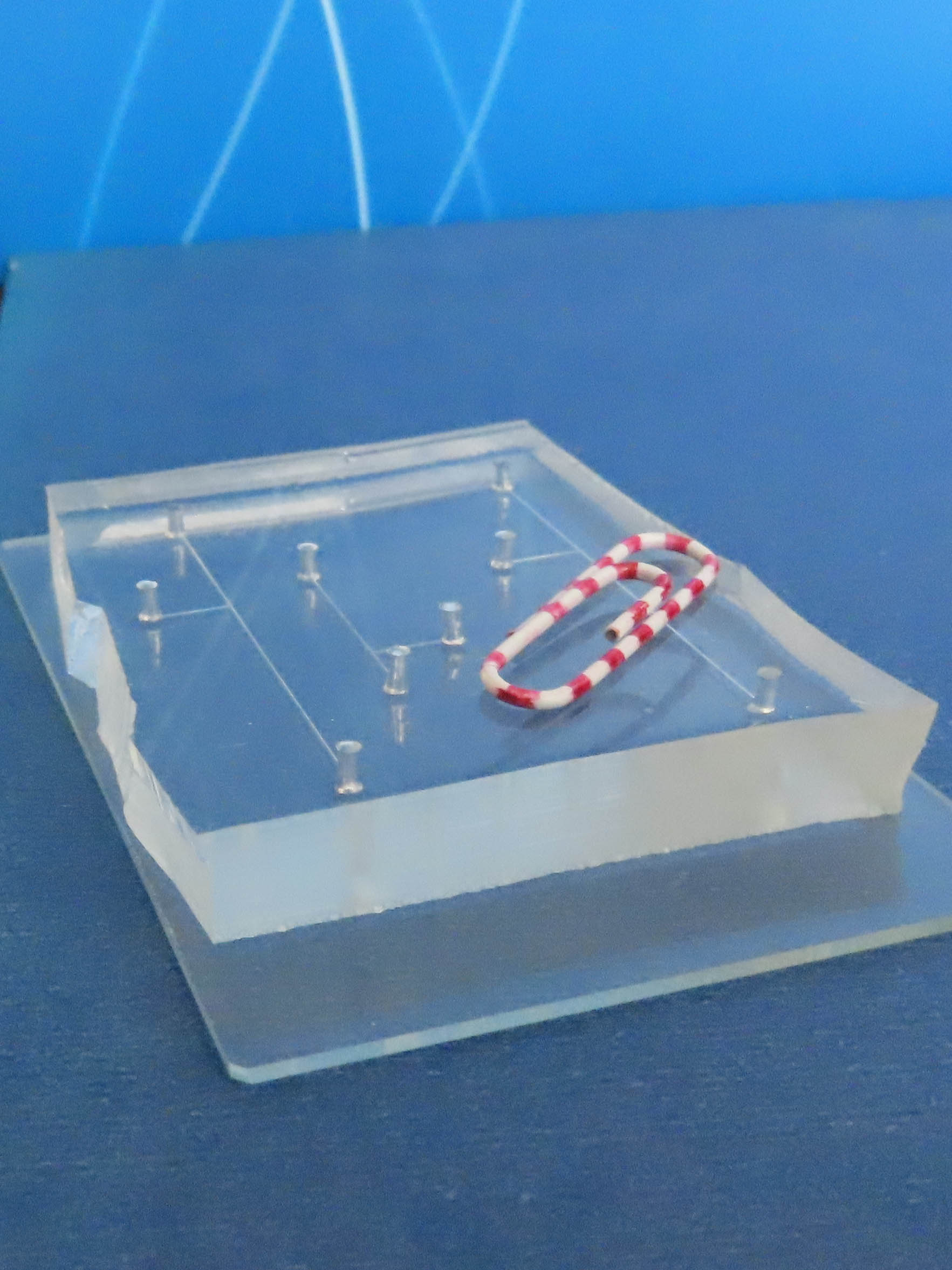 A microfluidic chip, shown with a paper clip for scale.

To solve this problem, researchers combined network theory and fluid mechanics and created controls operated entirely on the chip.

Together with Yifan Liu, Ph.D., graduate research assistant at SLU and other colleagues, Kiss designed a network with a nonlinear relationship between the applied pressure and flow rate, which can be used to switch the direction of liquid flow simply by changing the input and output pressure.

Taking a cue from a counterintuitive theory about traffic patterns, the scientists found that shortcuts aren’t always the fastest way from point A to point B. A phenomenon known as Braess’s paradox has demonstrated -- in traffic patterns, electronics, springs – that sometimes having more pathways to travel actually slows down traffic rather than speeds it up.

“When we close a shortcut channel, it results in a higher, rather than lower, total flow rate. We’re interested in how such changes in flow rates and directions will eventually change the chemical reactions in the reactors.”

Liquid swirls around obstacles as water molecules are diverted from their path.

This technology could be used to create portable lab testing systems as well as to design new applications, such as health monitoring wearables or deployable space systems.

Other researchers on the study include Daniel J. Case, Jean-Regis Angilella, and Adilson E. Motter.

The research was funded by The National Science Foundation (PHY-1001198 and CHE-1900011), the Simons Foundation (342906) and a Northwestern University Presidential Fellowship.

Kiss’s research also has been supported by the Saint Louis University Research Institute.