For acclaimed author Edwidge Danticat, the stories she tells are her version of painting pictures to show the world the lives of the characters that live in her head. 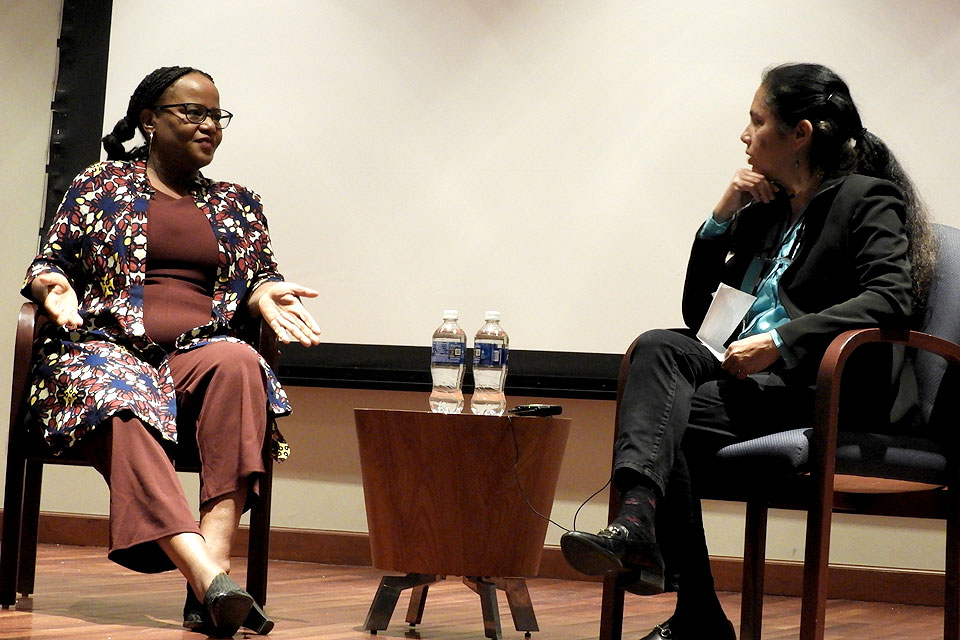 Noted author Edwidge Danticat (left) talks about the craft of writing with Joya Uraizee, Ph.D., associate professor of English, at a Craft Talk on Friday, Oct. 25. Photo by Amelia Flood

Danticat, the recipient of the 2019 St. Louis Literary Award from the Saint Louis University Library Associates shared her writing process and advice profound and practical with the SLU community as part of Campus Read 2019, a series of events celebrating Danticat’s writing.

Speaking to a large crowd on Friday, Oct. 25, Danticat said the visual has always been central to her work, from her memoir Krik?Krak! to her novels The Dew Breaker and Breath, Eyes, Memory.

“The visual for me is extremely important,” the author said, “and the precision of the images. I think as I write that I’m often a bit jealous of visual artists and their ability to paint a picture. And I really try to paint a picture because I have to see it before I can convey it.” 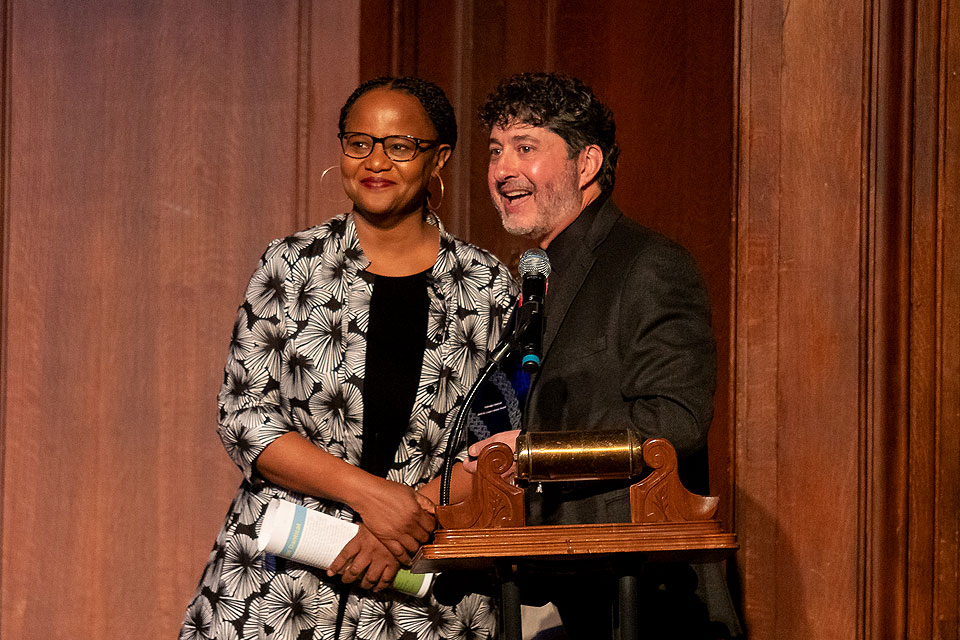 The author had received the St. Louis Literary Award on Thursday, Oct. 24, at a public celebration at the Sheldon Concert Hall. In receiving the award, Danticat joins literary luminaries including Margaret Atwood and Stephen Sondheim as an honoree.

Danticat’s craft talk, guided by associate professor Joya Uraizee, Ph.D., of the Department of English, was the final event in the Campus Read 2019 series. The series also featured discussions about themes in the Haitian-American writers work, including discussions of trauma, identity-formation and a “movement experience” centered on choreographer Katherine Dunham’s connections to Haiti.

As she took questions, Danticat offered guidance to young authors who asked about the process of writing. In answer to one question about time, she cautioned against expecting speed as a feature of creativity, and noted that writing is skill that one learns incrementally.

“Novels take a long time, so you might want to pick a project you’re passionate about,” Danticat said. “You have to learn that basic stuff and you have to write the essay before you can write like Joan Didion.”

Get to Know the Saint Louis University Library Associates