Results of a new survey conducted by the St. Louis Mosaic Project and Ness Sandoval, Ph.D., associate professor and co-director of the public and social policy doctoral program at Saint Louis University, show that foreign-born populations are continuing to choose St. Louis as a place to call home.

The annual American Community Survey (ACS), the premier source for population and housing information, shows that an additional 5,640 foreign-born individuals chose to make St. Louis home between 2017 and 2018. That makes St. Louis the third fastest-growing major metropolitan area -- after Riverside, California and Seattle, Washington -- and the fourth among Midwest peer metropolitan regions. 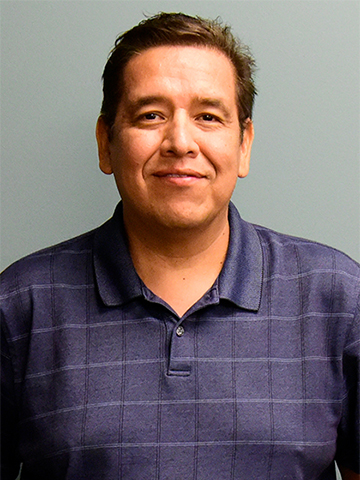 Sandoval said the data, which is collected annually, is used to help determine how federal and state funds are distributed.

“This is great news for our region especially because last year we ranked lower in terms of percent growth of the foreign-born population among the top 21 major metro regions,” said Sandoval. “This influx means more students attending our universities, more entrepreneurs and innovators, more business owners, more international company transfers, more refugees and more job candidates -- all of which lead to economic expansion.”

St. Louis strives to become the fastest growing major metropolitan area for immigrants by 2025 and to add 25,000 foreign born to the region by 2025 against the base in 2016, according to Betsy Cohen who leads the St. Louis Mosaic Project, a regional initiative of the World Trade Center St. Louis which is part of the St. Louis Economic Development Partnership.

“Study after study shows that immigrants significantly power economic growth where they set down roots,” said Cohen. “We’re thrilled to hear these new population figures and will continue working with local companies, universities and other community partners to welcome and connect them.”

The results of the ACS survey were announced Thursday, Oct. 10.

About the St. Louis Mosaic Project

The St. Louis Mosaic Project was launched in 2012 in response to an economic impact report, outlining St. Louis to be lagging in immigrant growth as well as highlighting the economic benefits of increasing its foreign-born population. The Mosaic Project is a regional initiative that is professionally managed by St. Louis Economic Development Partnership, World Trade Center St. Louis and a 32-member committee. Its goals are to transform St. Louis into the fastest growing major area for immigration by 2025, to add 25,000 more foreign born to the region from 2016-2025 and to promote regional prosperity through immigration and innovation.