William Thacker, Ph.D., a long-time professor and former chair of the physics department, died Saturday, Sept. 28. He was 64.

Thacker joined the faculty of Saint Louis University in 1989 as an assistant professor of physics in the Department of Science and Mathematics at what is today Parks College of Engineering, Aviation and Technology. During his 30 years at SLU, he went on to become a full professor and serve as the chair of the physics department in the College of Arts and Sciences. 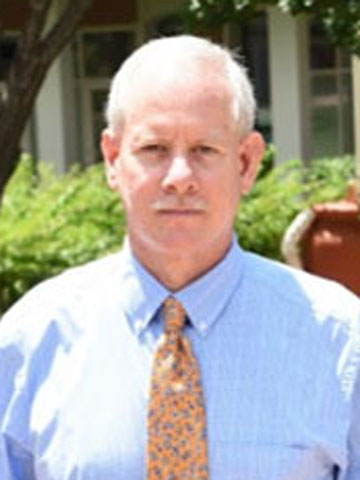 Guiding students through complex courses that covered quantum mechanics and the theory of turbulence, Thacker was recognized with the Outstanding Faculty of the Year Award in 2006 by the Association of Parks College Students.

Thacker was a dedicated researcher who received numerous grants from the NASA Langley Research Center where he also did a summer faculty fellowship.

In addition to his teaching and research, Dr. Thacker committed time to both SLU and the community at large, serving on search committees, rank and tenure committees, and as a member of the American Physical Society. He shared his love of physics by teaching a roller coaster physics class for gifted fifth grade pupils.

His generosity also extended to his colleagues.

“I have many fond memories of Bill, in particular from having had the pleasure of working with him on committees when I was a new faculty member,” said Michael Lewis, Ph.D., interim dean of the College of Arts and Sciences. “He showed me great kindness, answering my questions about SLU policy, committee dynamics and other issues.

Over 15 years later, the first thing I associate with Bill is his kindness. We’re a big college and while I didn’t know him like his physics colleagues, I knew him well enough to know we have lost a warm and kind colleague, who handled himself with grace and treated people with respect.”

Jean Potvin, Ph.D., acting chair of the physics department, shared his thoughts on his longtime friend and colleague.

“Bill was a dear friend whom I knew, along with his widow Doris, since our graduate school days in Colorado,” Potvin said. “He was afflicted with Parkinson’s disease which mercifully took its course at a faster than anticipated pace. This is so sad but his soul rests in a much better place now.”

Thacker also did post-doctoral research at the Max Planck Institute for Physics and Astrophysics in Munich, Germany as well as research and teaching in theoretical physics at the University of Kaiserslautern.

Dr. Thacker is survived by his wife, Doris, and son, William Thacker.

A memorial service is being planned for the near future.