Lucien Francis “Lou” Fournier, Ph.D., a professor emeritus of English for more than four decades, died Tuesday, Sept. 10. He was 82. 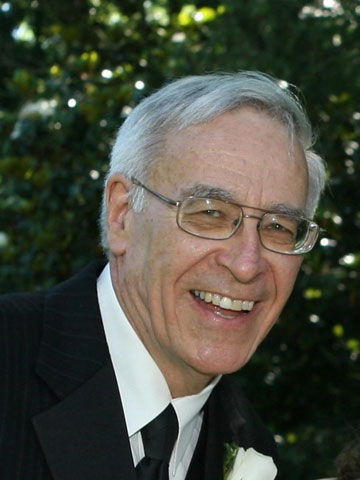 Dr. Fournier grew up in Providence, Rhode Island. He received degrees from Providence College and Detroit Mercy University before completing his doctorate in English at the University of Notre Dame.

In 1967, he joined the faculty of the Department of English where he taught for 43 years until his retirement in 2010.

Dr. Fournier served in a number of roles throughout his more than four decades at SLU. His doctoral studies focused on Victorian literature and he frequently taught advanced and graduate courses in British Nineteenth-Century Literature, while also directing numerous dissertations. His other professional interests included environmental literature, detective fiction and composition studies.

For more than 20 years, Dr. Fournier directed the first- and second-year programs in English, and subsequently became the department’s first official director of undergraduate studies in 1994. He was responsible for developing a writing pedagogy training program for graduate students, including a special graduate course in the area, assuring that the university writing program would maintain the highest quality.

From 1973 through 1983, Fournier and Stephen Dina, Ph.D. (Emeritus Professor of Biology) co-directed a program known as “The Uncommon Classroom.” This innovative interdisciplinary curriculum brought students of biology and English together to do joint ecology fieldwork projects while also pursuing the study of environmental literature, all during a multi-week field experience in the Missouri countryside.

A dedicated and successful teacher, Dr. Fournier touched the lives of thousands of students throughout his many years with the department. In recognition of this achievement, and of his commitment to training and mentoring graduate student instructors, the department named its annual graduate student teaching award for him.

Fournier also had the respect and admiration of his colleagues.

“Lou was a kind and considerate colleague, as well as a great teacher,” said Toby Benis, Ph.D., chair of the English Department. “In his consistently selfless service to others, students and colleagues alike, Lucien Fournier was a true exemplar of the ideals of Jesuit education.”