While they may not be able to square off in-person, the members of Saint Louis University’s Chess Team are still matching wits across virtual boards. 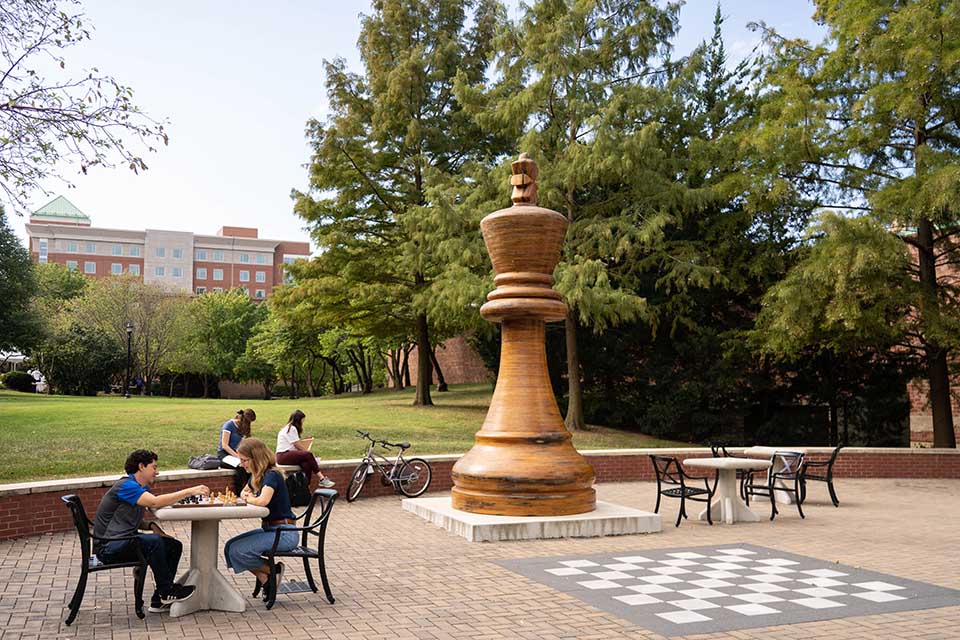 Although they can't face off in person, SLU's Chess Team members are keeping sharp by playing online. SLU file photo

Through the sport they love, SLU’s chess players are keeping their skills sharp and are creatively coping with the changes brought on by the 2019 Novel Coronavirus (COVID-19) global health crisis.

“This has been very tough all around,” coach Alejandro Ramirez said. “Luckily, chess online has seen a huge surge in popularity with the COVID-19 situation and as a way to fill the void left by the cancellation of major tournaments. For now, all we can do is train and prepare ourselves for what we can actually play.”

The players keep active in online events, like the Collegiate Chess League, and doing training sessions online is not a novel idea for the team, Ramirez explained. While of the team’s members, who hail from countries around the world, were able to return home when SLU shifted to remote learning and work due to the COVID-19 pandemic, others remain on campus, training and studying.

“The players are being as responsible as possible, avoiding going outside except for groceries and real essentials, and keep their time busy between classes, our training sessions and many have even taken up streaming,” Ramirez said. “Chess is very well suited for streaming, and some of the grandmasters on the team are now hosting their own shows.”

All of the team’s training sessions have been moved online and have resumed without interruption, Ramirez said.

While the team’s flagship event, the Final Four of Collegiate Chess, had to be canceled, the team hopes to play at other events scheduled later this year.

The team also recently competed against the University of Missouri-Columbia’s squad in the Collegiate Chess League’s online tournament through chess.com. The Billiken team prevailed over their rivals from Columbia by a score of 9.5-6.5.

SLU’s team also competed virtually in the Collegiate Chess Invitational, also hosted on chess.com. The event was played all in one day with an accelerated format.