Julia R. Lieberman, Ph.D., a professor of Spanish in the Department of Languages, Literatures, and Cultures at Saint Louis University, has been named a 2020-2021 Fulbright Scholar.

She will spend the first few months of 2021 in Portugal. Her project is a book-length work, Few Wealthy and Many Poor: London’s Spanish-Portuguese Jewish Community in the Eighteenth Century. 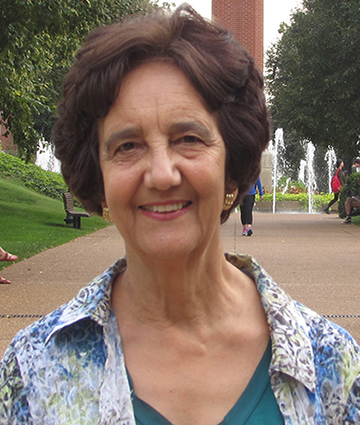 “The eighteenth century brought changes to the network of Sephardic communities that altered their social composition,” Lieberman said. “As the nature of international commerce changed, many Sephardic poor found their way to London in search of a better life.”

The London Spanish-Portuguese (Sephardic) Jewish community was established in 1656 when a group of Converso merchant families received permission from Cromwell to reside as Jews.

Shortly after, the “Gates of Heaven” congregation rented a house to serve as a synagogue, and purchased a burial place in the nearby town of Mile End, Lieberman said.

By the end of the 1600s, the congregation had grown, and a new synagogue on Bevis Marks Street was inaugurated in 1701, which is still in use today. Throughout the 1700s, the community founded educational and charitable institutions.

Beyond London, it took a leading role on behalf of other emerging Sephardic communities in the New World.

Starting in the late 1720s, a new wave of refugees arrived after fleeing from the Portuguese Inquisition.  Some of these families were immensely wealthy, but many were extremely poor, Lieberman said. In response to this surge of destitute newcomers, the London Sephardic community took measures that changed radically how the care of the poor was organized.

“I became interested in this project after publishing work on the history of the Sephardic family, the education of children and youth, and other aspects of daily life in the previous century, the 1600s, in communities such as Amsterdam and Hamburg,” Lieberman said. “This new way of taking care of their poor was very similar to the ways their British Christian contemporaries understood the practice of charity.”

Lieberman, who has been at SLU since 1995, teaches courses in Spanish language, and Renaissance and Baroque Spanish literature, as well as courses about Sephardic Jewish life. From 2016 to 2018, she served as the Spanish Master of Arts program coordinator and from 2011 to 2018, Lieberman was a core faculty member in SLU’s Center for Intercultural Studies.

The Fulbright Fellowship runs from January to July of 2021. Lieberman will be in residence at the University of Lisbon, Department of History from February to the end of April.

“As a researcher at the University of Lisbon, I will have access to the National Library of Lisbon, which has extensive holdings in the field of Converso Studies,” she said. “I am particularly interested in researching correspondence between New Christian merchants in Portugal and Jewish merchants in London. I am also interested in exploring some Inquisitional documents held at the National Archives of the Torre do Pombo, in Lisbon, and other documentation in the archives and libraries of the towns of Coimbra and Evora.”

About the Fulbright Program

The Fulbright Program was set up by Senator J. William Fulbright in 1946 and is the largest U.S. international exchange program in the world. It offers opportunities for students, scholars, and professionals to undertake postgraduate study, research, and teaching in 155 countries worldwide.

The Fulbright Program is sponsored by the U.S. Department of State’s Bureau of Educational and Cultural Affairs.