Robert R. Hermann, the benefactor and local civic leader whose name has graced Saint Louis University’s soccer stadium since 1999, died April 5, 2020. He was 97. 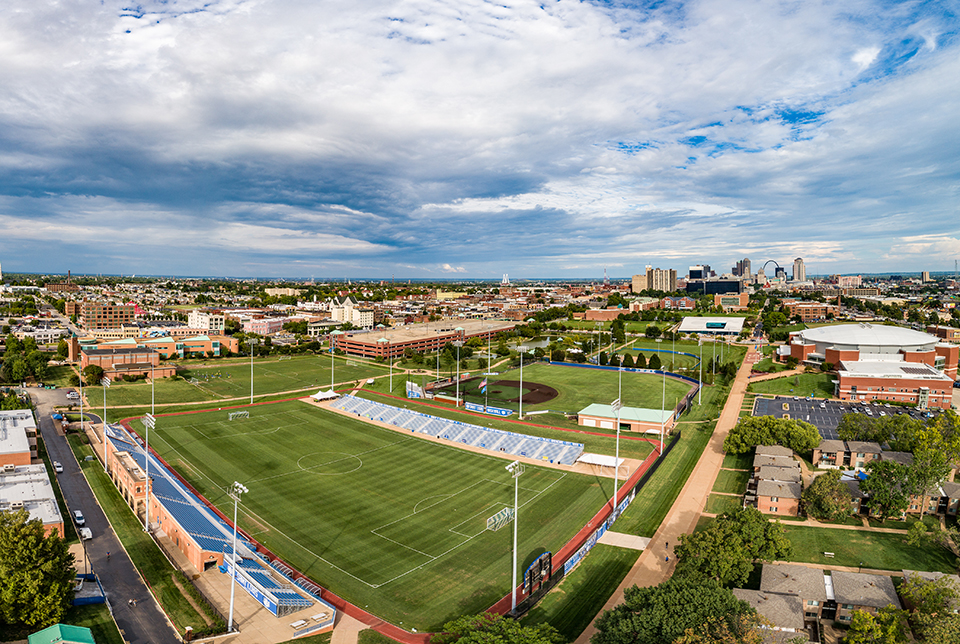 The former Billiken Sports Center was renovated and dedicated as the Robert R. Hermann Stadium in October of 1999.

Hermann was a native St. Louisan with a long history of civic involvement. He was the president of Hermann Companies and a longtime soccer fan and professional. Hermann brought professional soccer to the United States in 1967 when he created and chaired the National Professional Soccer League, which went on to merge with the United Soccer Association and became the North American Soccer League.

The MAC Hermann Trophy is awarded annually in his honor to the most valuable male and female college soccer player in the U.S. It is soccer’s oldest and most prestigious award, equivalent to football’s Heisman trophy. Four Billikens have received the Hermann Trophy. They are Al Trost (1969, 1970); Mike Seerey (1971, 1972); Dan Counce (1973); and Matt McKeon (1995).