Nelly Grosswasser, Ph.D., a professor emerita of Russian literature and the founder of the Russian program at Saint Louis University, died on Dec. 16, 2020. She was 95. 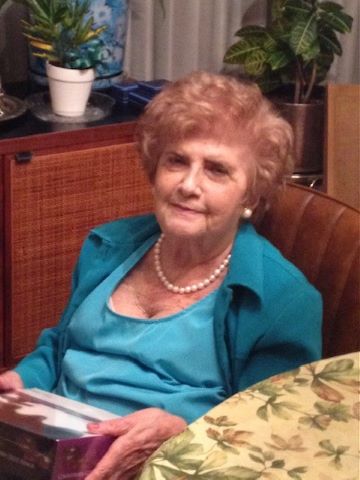 Grosswasser was born in Kharkov, Ukraine, USSR on Jan, 20, 1925. She and her brother Villen fled the 1941 Nazi invasion to Central Asia, where she met and married Sol Grosswasser, a Polish Army soldier just released from Siberian prison. The couple met in Shymkent as he sold her a pair of shoes.

The couple escaped the USSR post-World War II and after a few years in Germany, came to the United States with their son Jack in 1949. Grosswasser had a bachelors degree in engineering from the University of Kiev, and after a brief stint at Washington University School of Medicine as a researcher on Orinase, an oral insulin medication, she earned a masters and doctorate in education at Washington University.

She found her calling in education, and in 1957 was hired at SLU as the University’s first full-time Russian language teacher. Grosswasser remained at the University for 47 years, continually expanding the curriculum of Russian language, literature and Eastern European Studies courses offered.

“She taught and fostered thousands of students, many of whom went on to successful careers in government, business, law, and education,” said Daniel Schlafly, Ph.D., a professor of history at SLU. “She developed a Russian major and a Certificate in Scientific Russian and founded a very popular student Russian Club.”

“One little known fact about the scientific Russian translation program she developed was that she consulted with the members of SLU’s science departments to solicit articles not yet translated into English as the final requirement of the program, thereby making a contribution to the various sciences in general,” Murphy said.

Elizabeth Blake, Ph.D., associate professor of Russian and SLU’s Russian Division coordinator, said the expansion of the program was a testament to Grosswasser’s dedication to support SLU students’ interest in Russian language, literature and culture.

“Under her direction, students encountered Soviet Russia during the Cold War, the rapprochement between superpowers during glasnost, and the transformation of Russia during the Post-Soviet period,” Blake said. “She was generous with her time when serving as Secretary-Treasurer of the Missouri Chapter of the American Association of Teachers of Slavic and East European Languages Teachers, presented on research relating to Anton Chekhov’s mastery of the short story, and co-authored Ia chitaiu i pishu porusski (Saint Louis: McGraw-Hill, 1964) with B. D. Aberson.”

When she retired, the Russian department had grown to four professors. She was dedicated to her students and she promoted Russian language in area high schools.

Over the course of her career, she impacted thousands of students’ lives. She was nominated for and won awards at SLU several times, including the Nancy McNeir Ring Award for Excellence in Teaching.

“Celebrated for her energetic and dedicated instruction, Professor Grosswasser in her retirement continued to support students of Russian after the program’s 50-year anniversary by endowing a student scholarship for majors earning a B.A. in Russian Studies and by distributing her personal library between the Russian Studies program and the Russian and East European Area Studies minor,” Blake said.

As an immigrant, Grosswasser aimed to ease the way for others. She prepared a booklet for Russian immigrants that explained how to do activities in the U.S., such as shop, bank and get gas. She helped them with job placements and translated documents for them.

Grosswasser is survived by her two children, Jack Grosswasser and Leonora (Lenny) Schloss; her four grandchildren, Rebecca, Abraham, Nathan and Barbara; her great-grandson Jacob; and her brother Villen Shabelsky.

Contributions may be made to the SLU Dr. Nelly Grosswasser Russian Scholarship at giving.slu.edu/Grosswasser.