SLU Partners with Nearby Neighborhood on New Housing

ST. LOUIS – (February 5, 2020) Nearly 50 new homes and condos will be built near Saint Louis University’s Medical Center as the result of a unique collaboration between SLU and residents who live in the city’s Gate District West neighborhood. 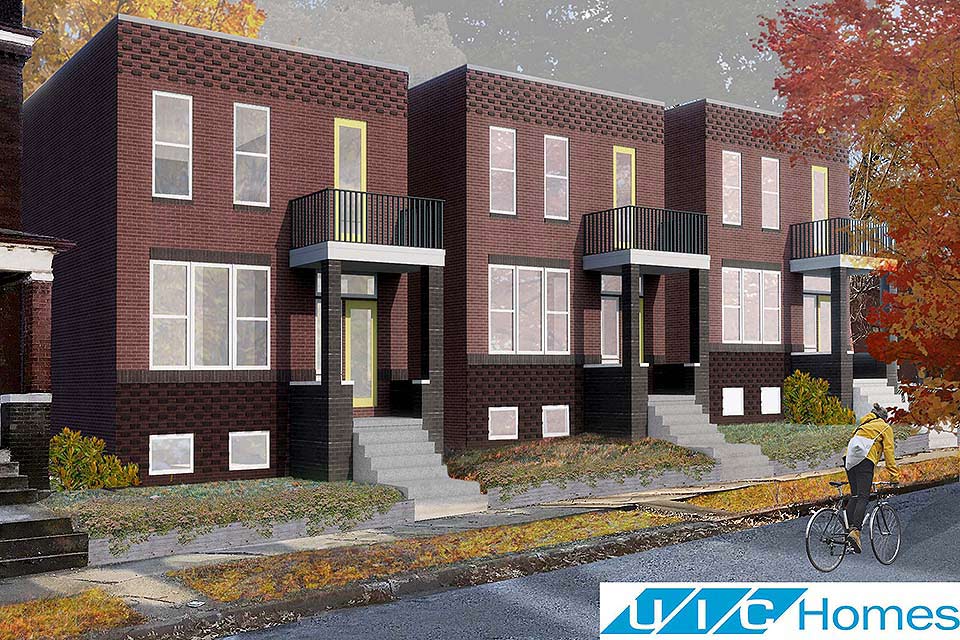 An artist's rendering of three of the new homes that will be built in the Gate District West neighborhood. Image courtesy of UIC Homes

The Gate District West Neighborhood Association has selected four local firms and a non-profit to purchase and develop 43 vacant parcels owned by the University. SLU expects to close on the sale of the properties in February.

SLU has owned the parcels for years and was involved in the process, but in an unusual move for a college or university, the neighborhood association’s development committee took the lead in issuing an RFP, reviewing proposals and selecting the winners.

“The partnership with these residents to create something that honors this community is a blessing,” University President Fred P. Pestello, Ph.D., said. “I want to thank our St. Louis community neighbors for sharing our vision for and commitment to growing stronger together.”

Construction could start as early as this spring on some of the new development.

“Initially, I and many of my neighbors were shocked to learn Saint Louis University wanted to partner with our neighborhood to redevelop the lots they owned,” said Shawn M. Wade, a member of the development committee. “But as a committee member, I was able to see their sincerity in community involvement and revitalization firsthand. SLU has proven to be a good neighbor.”

The committee chose proposals from Black Lab Development, Prime Property Investments, Simone’s Investment and UIC Homes. It also selected a proposal from Habitat for Humanity Saint Louis, which last year acquired five other parcels in the neighborhood from SLU for affordable housing.

It is great to see our oldest institution working to better so many of the communities that surround its campuses.”

The development committee also drove the look of the new homes, with the RFP calling for designs that fit the urban character of the surrounding neighborhood. The new homes and condos will feature traditional architectural details, such as brick and stone facades that will match the existing streetscape.

“The Gate District West Neighborhood Association and Saint Louis University continue to be great partners in building a thriving neighborhood that will now welcome many more residents to the City of St. Louis,” said Marlene Davis, alderwoman of the city’s 19th Ward. “It is great to see our oldest institution working to better so many of the communities that surround its campuses.”

Gate District West is bordered by Grand Boulevard to the west, Compton Avenue to the east, Chouteau Avenue to the north and Interstate 44 to the south. More than 80 percent of its residents are African-American, and the neighborhood currently has an equal mix of for-sale and rental housing.

Gate District West falls within a 400-acre area where the St. Louis Midtown Redevelopment Corporation – a joint effort of the University and SSM Health – oversees all development projects. Attracting infill housing to the neighborhood was a priority of SLU’s redevelopment plan. 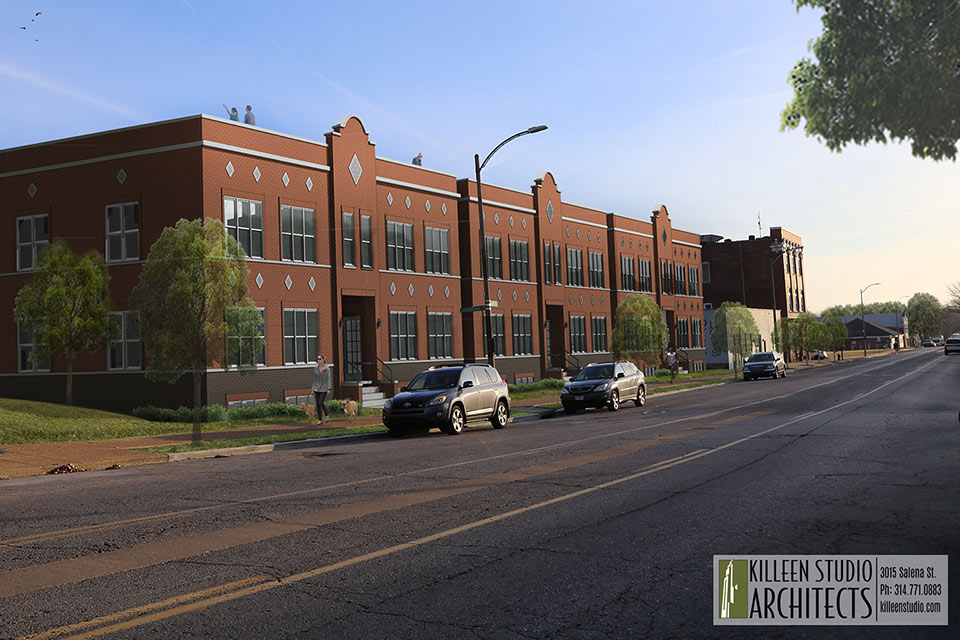 An artist's rendering of the new for-sale condos planned for the neighborhood. Image courtesy of Black Lab Development