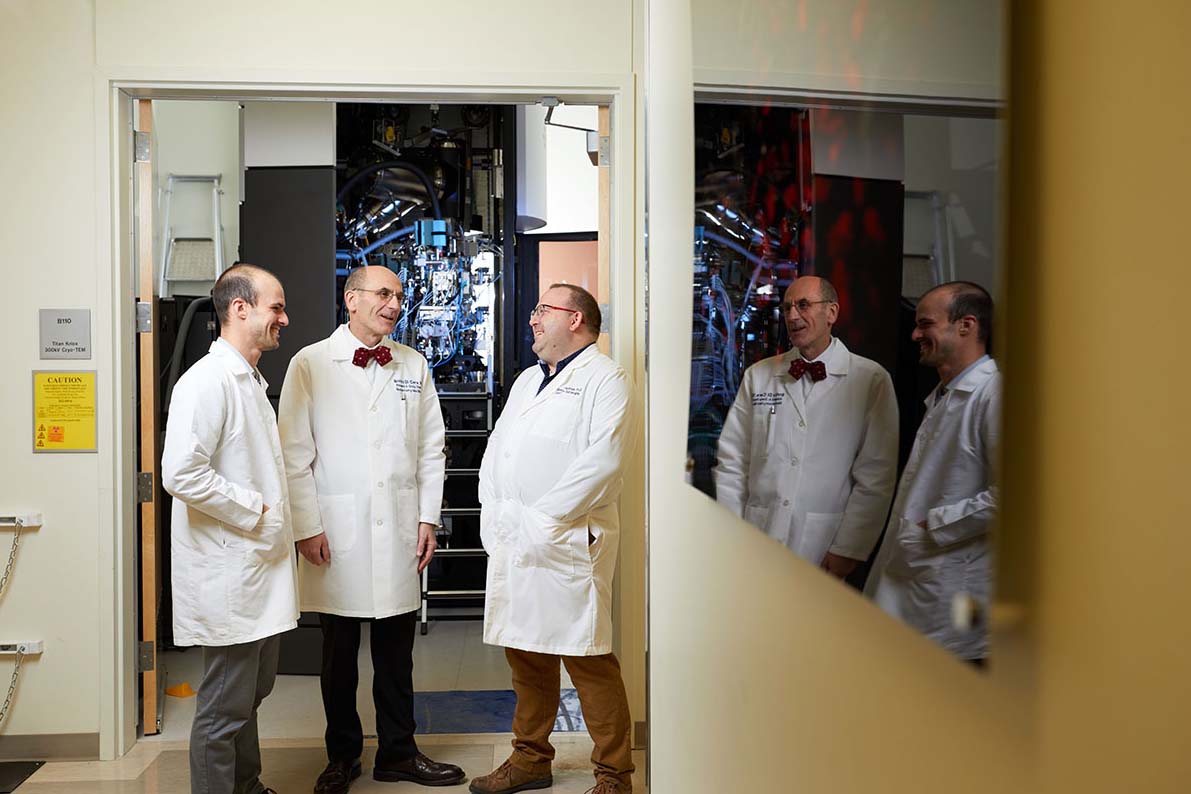 Launched by Washington University in 2015, the WUCCI ranks among the best cellular imaging centers in the U.S. for the quality of its microscopes and the power of its computers. Scientists use the powerful imaging equipment to study cells, bacteria, viruses and molecules at higher resolutions than ever before.

The new agreement allows SLU researchers access to the cryo-EM for 15 years and access to other instruments not currently available at SLU for 10 years. SLU researchers will be able to use the WUCCI with the same priority, costs and technical assistance offered to WU faculty.

“This is an exciting partnership and an excellent investment for SLU,” said Ken Olliff, vice president for research at SLU. “Through this innovative collaboration with Washington University, researchers from across SLU will have access to the most advanced imaging technologies as well as a foundation for building new collaborations with Wash U colleagues.”

The new partnership is funded through the Doisy Fund for Biochemistry at SLU.

Leaders from both schools anticipate that the new agreement will lead to increased opportunities for scientific collaboration.

“I look forward to strengthening ties between our institutions,” said Jennifer K. Lodge, Ph.D., Washington University’s vice chancellor for research. “I believe that this arrangement will provide opportunities for collaborations that will lead to new insight and discoveries to advance human health.”

The newly purchased cryo-EM, which will arrive later in 2020, will complement the Center’s existing cryo-EM and will cut wait times for researchers to use the equipment.

“The new cryo-EM allows us to expand the range of imaging services that we offer, which will allow researchers to investigate a wider range of scientific questions,” said James Fitzpatrick, Ph.D., director of the Center for Cellular Imaging. “The more details we’re able to observe and understand, the greater the potential for advancing medicine.”

Biochemistry itself is moving into a new era, Di Cera says, thanks in large part to cryo technology.

“A revolution is happening in structural biology,” Di Cera said. “The people who introduced cryo technology received the Nobel Prize a few years ago. We can finally elucidate the structure of big macromolecular assemblies, like the ribosome.

“I am particularly pleased that this key investment was made possible by a strategic use of the Doisy Fund in Biochemistry. It fits perfectly the original intent of Edward Doisy and honors his legacy of scientific excellence."

About Edward A. Doisy

In 1929, Edward A. Doisy, Ph.D., was the first researcher to isolate and chemically characterize estrone, a steroid sex hormone, opening up the entire field of steroid hormones for chemical and medical investigation. He was awarded the Nobel Prize in Physiology or Medicine in 1943 for his work on determining the chemical nature of vitamin K, an essential component in blood coagulation. Doisy reassigned the royalties from his discoveries on estrogen to Saint Louis University with the intent of growing research in the Medical School, especially in the Department of Biochemistry.