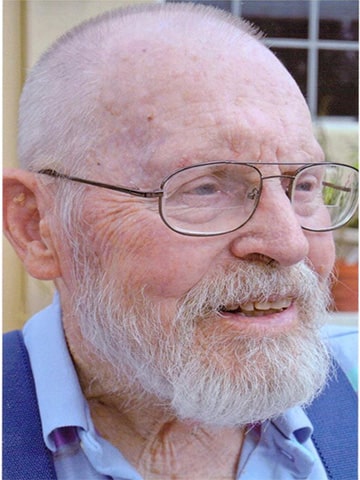 Dr.  Yeager retired from the former Department of Anatomy and Neurobiology in 1994 and remained as professor emeritus until 1998. He was the director of the School of Medicine's gross anatomy course from 1971 to 1994. During those 27 years, gross anatomy was one of the most popular and best taught courses in the medical school, according to John Martin, Ph.D., director of the Center for Anatomical Science and Education (CASE).

In addition to his teaching load, Dr. Yeager also conducted research that resulted in more than 50 peer-reviewed papers in basic science and clinical journals.

Dr. Yeager was the recipient of the Golden Apple Award for Outstanding Preclinical Teacher from 11 medical school graduating classes.

"I remember him as being a gifted educator who really challenged students to work hard, be professional and respectful, and learn as much as they can from the cadavers as this was the wish of the donors," Martin said.

"Dr. Yeager epitomized the term professor, a teacher of the highest rank, who not only was an expert in the field of human anatomy, but also instilled in his students a yearning for excellence, virtue and life-long learning," Tan said. "His work ethic, determination and commitment to the students he instructed have been a role model to me and many others. He was a beloved part of the medical school community and will be sorely missed."

He was born November 20, 1926, in Antelope, Montana. After two years in the U.S. Army Infantry, he graduated as the valedictorian from Minot State University in 1949. He received his doctorate in anatomy from the University of North Dakota in 1955.

After teaching at North Dakota, Yeager came to SLU in 1967. He left the next year to accept a three-year position with the Rockefeller Foundation to establish the gross anatomy course at a new medical school in Thailand. He returned to SLU in 1971.