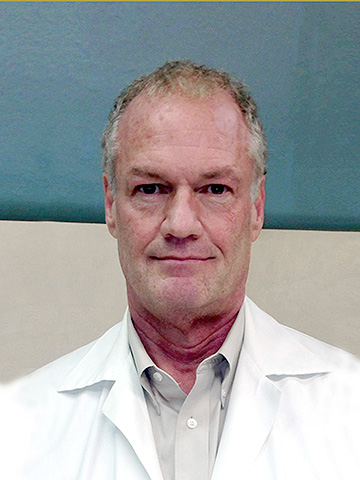 Dr. Shoemaker may be best known for his role in the exoneration of Patricia Stallings, a St. Louis woman wrongfully convicted and sentenced to life in prison in 1991 for the poisoning of her infant son with ethylene glycol, a substance found in antifreeze.

Along with his SLU colleague William Sly, M.D., Dr. Shoemaker helped prove that the child died from a rare genetic disorder called methylmalonic acidemia (MMA) and not ethylene glycol poisoning.

More About the Stallings Case (Video)

Dr. Shoemaker first came to Saint Louis University in 1988 as a postdoctoral trainee in the Edward A. Doisy Department of Biochemistry and Molecular Biology in the School of Medicine. He would go on to receive appointments as instructor, assistant professor and associate professor in the department. He also served on the medical school’s admissions committee.

In 1989, Dr. Shoemaker founded the Metabolic Screening Laboratory, an independent clinical laboratory owned by the University. Under his many years of leadership, the lab became well-known for diagnosing rare genetic diseases in infants.

His research areas included the screening of children for inborn errors of metabolism using gas chromatography-mass spectrometry — the technique he used to help exonerate Stallings — as well as the evaluation of special nutritional needs in children with Down syndrome. He also developed a new method of sample preparation that allows carbohydrates and amino and organic acids to be detected in the same sample.

“Dr. Shoemaker had a reputation for hard work, tenacity and a scientist's dedication to the truth,” Robert Wilmott, M.D., dean of the School of Medicine and vice president for medical affairs, said in a message to the medical school and SLUCare. “Over his extensive career, he helped many children and families, and led the way to complex diagnoses with his biochemical expertise.”

Dr. Shoemaker was born in Urbana, Illinois, in 1953. He earned his bachelor’s degree from New College of Florida in 1974. In 1984, he became the first M.D./Ph.D. graduate of the College of Medicine at the University of Illinois at Urbana-Champaign.

Dr. Shoemaker is survived by three daughters, Kate, Laura, and Joanna; one granddaughter, Kara; two living brothers, David and Joel; his partner, Paul; and ex-wife, Mary. A Memorial Service for him will be held on Zoom at 11 a.m. on Saturday, Aug. 1.