A two-time graduate of Saint Louis University is playing a leading role in sending NASA’s most powerful rover to the Red Planet to seek signs of ancient life as part of the space agency’s Mars 2020 mission, which successfully launched from Cape Canaveral on July 30. 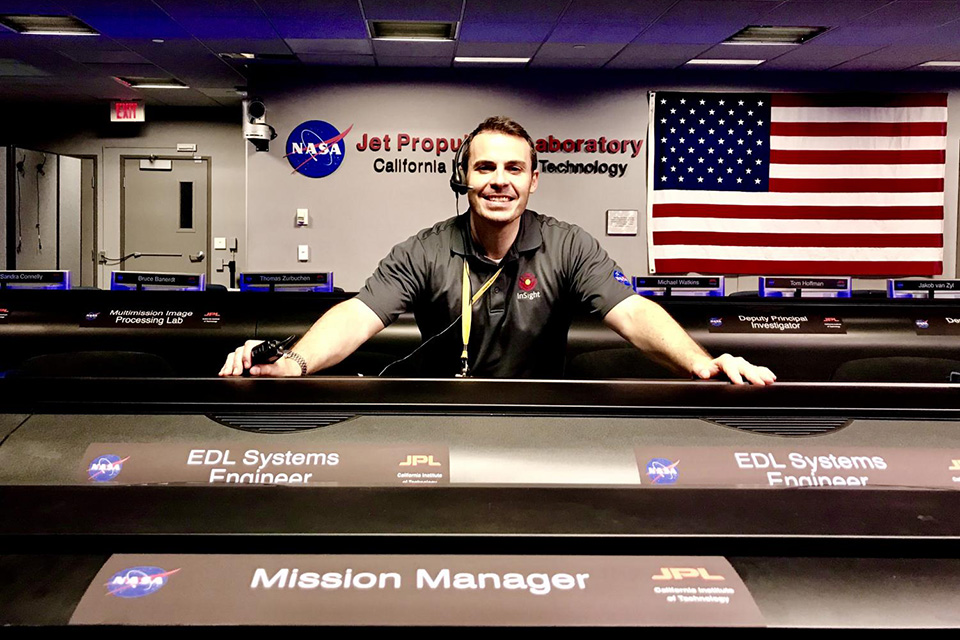 Expected to land on Mars’ Jezero crater next February, Perseverance will be the first Mars rover to carry a drill for coring samples from rocks and soil, which could contain traces of past microbial life. Samples from the crater, once thought to be flooded with water, will be set aside for a return to Earth during a future mission.

NASA says the mission will also help gather knowledge and demonstrate technologies that address the challenges of human expeditions to the planet, including testing a method for producing oxygen from the Martian atmosphere, which is mostly made up of carbon dioxide.

Perseverance is carrying a suite of instruments designed to characterize environmental factors, including weather and dust, that could impact astronauts living and working on Mars in the future. Also on board the rover is Ingenuity, a robotic drone helicopter that will be the first aircraft to attempt controlled flight on another planet.

You can watch a recording of the launch on NASA TV and find coverage of the mission on spaceflightnow.com.

A Long Career with NASA

After earning his master’s degree in 2001, Abilleira started his professional career as a contractor at NASA’s Goddard Space Flight Center near Washington D.C. He joined the Jet Propulsion Laboratory in Pasadena, Calif., three years later, and has supported multiple flight projects and studies, including the Mars Science Orbiter and the Curiosity Rover, among others.

In a recent email to the University  Abilleira said: “It is incredible to take a step back and think that 20 years ago, I was working on my thesis at Parks College on optimizing trajectories from Earth to Mars, and now I am just days away from my third interplanetary launch to the Red Planet.”

Abilleira’s role in the Mars 2020 mission is just the latest example of Saint Louis University’s involvement with U.S. spaceflight. In fact, alumni of SLU’s Parks College of Engineering, Aviation and Technology have participated in the launch of every manned NASA mission, including the first Moon landing in 1969.