Philip Gavitt, Ph.D., former chair of the Department of History and founding director of SLU’s Center for Medieval and Renaissance Studies, died May 28, 2020. He was 70. 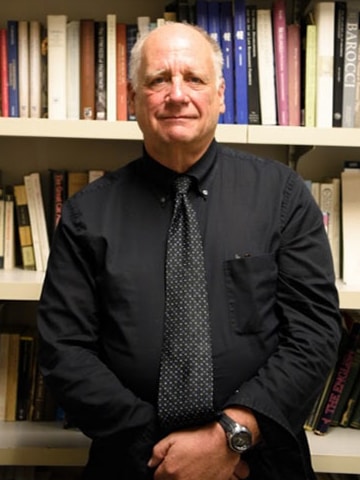 Among his many accomplishments, Dr. Gavitt was the founding director of SLU’s Center for Medieval and Renaissance Studies (CMRS) in 1992.

“Professor Gavitt has clearly earned an outstanding reputation in the field of Renaissance and early modern history for his meticulous research and his breadth of learning, which enables him to bring several distinct lines of scholarship to bear in his academic work,” Parker said. “His first book, Charity and Children in Renaissance Florence, integrated an institutional approach to a foundling hospital with analyses of gender and culture. As the external reviewers pointed out, the book made a substantial contribution to scholarship on charitable institutions and childhood across early modern Europe.”

Gavitt’s extensive research and prolific writing have continued to receive recognition from scholars around the world.

Parker notes that students and faculty recognized Gavitt as a dedicated and demanding teacher and mentor throughout his career at SLU where he continued to make important strides in engaging undergraduate students with historical issues and in training graduate students to become publishing scholars and effective teachers.

Dr. Gavitt contributed to the academic community at large and the university. He came to SLU as the founding director of CMRS, playing an instrumental role in securing a challenge grant for the Center.

Gavitt became chair of the History Department in July 2011. Members of the department generally regarded him as a supportive chair who worked to advance the professional development of all faculty, students and staff.

Finan added that Gavitt celebrated the successes of members of the history department.

“My fondest memory of Phil was the day that he came to me to inform me that the department had voted in favor of my tenure application,” Finan said. “He was as happy as I was, and the two of us gave each other the most awkward man-hug one could imagine. He thrilled in our entire department's success.”

Plans for a service will be announced at a future date.