Yelena Belyaeva-Standen, Ph.D., an associate professor of Russian in the Department of Languages, Literatures and Cultures died March 4, 2020. She was 76. 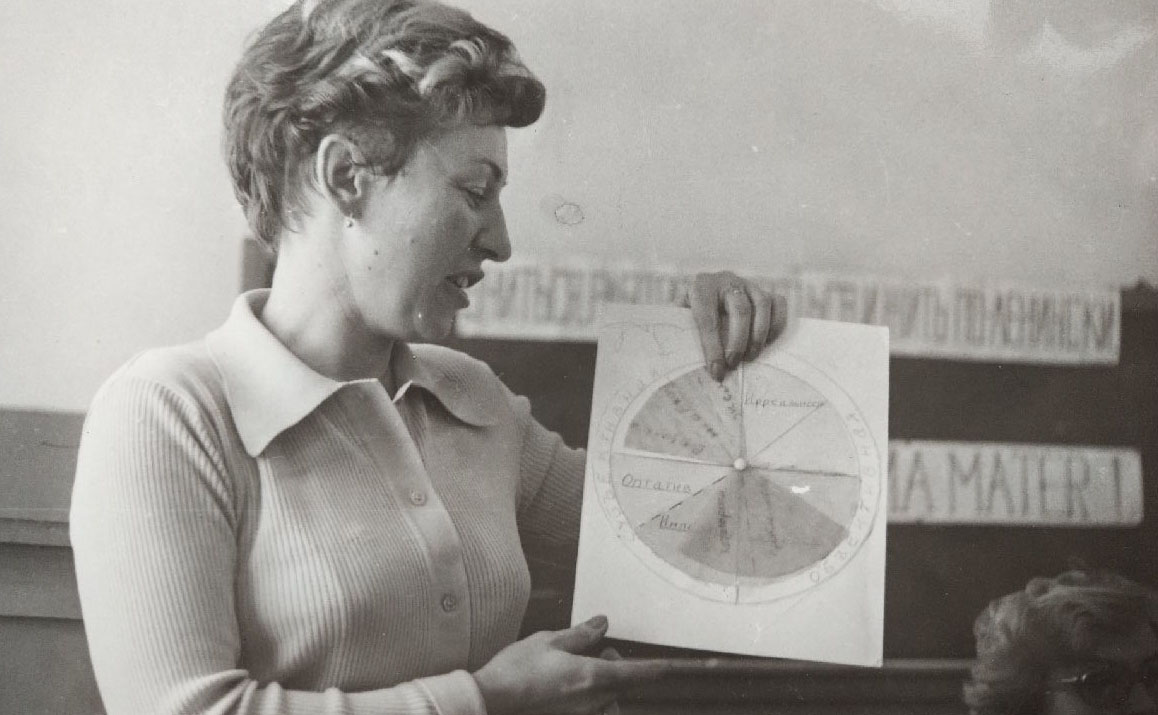 Belyaeva-Standen was born June 6, 1943, in Kamyshin, Russia. According to her family, she was told by her parents that they were so close to where the Red Army was fighting the Nazis that they could hear the sounds of howitzers bombarding the Russian front lines as she was born.

She was educated at Voronezh State University and Kiev State University in the former USSR and went on to earn her Doktor of Philological Sciences from the Institute of Linguistics at the Russian Academy of Science in Moscow in 1988.

“Yelena first joined the Russian division of the then Department of Modern and Classical Languages as an adjunct professor,” Murphy said. “She was later awarded a tenure-track position. She was a devoted member of the division and throughout her time with us she was unstinting in making herself available to our students, in particular as the faculty mentor to the Russian Club, maintaining extensive office hours and making herself available to our students even in her free hours.”

“Throughout her time with us she always maintained a cheery attitude and was popular with the students,” Murphy added. “Her untimely death leaves us saddened.”

Oscar Lopez, Ph.D., professor of Spanish, recalled the great knowledge and kindness of his longtime colleague and friend.

“In my years at Saint Louis University we interacted almost every day for 15 years,” Lopez said. “Anytime we came across in the aisle she conveyed a kind word. Many times, Yelena, French professor Jean-Louis Pautrot and I coincided at the Ritter Hall lounge to have our lunch and enrichment talks on culture, literature, politics, linguistics, and of course we shared our classroom experiences. It was an amazing time that I will always miss.”

"Dr. Yelena Belyaeva-Standen was a valued member of the faculty of the Department of Languages, Literatures, and Cultures," said Julia Lieberman, Ph.D., professor of Spanish and intercultural studies. "She was highly respected as a teacher of Russian language and culture. She was an outgoing individual and on her office door there were always pictures of her encounters with public figures, such as one next to former Soviet president Mikhail Gorbachev on his last visit to the United States."

"As a linguist specializing in Pragmatics, I still remember her lively presentations to our department on the topic of Speech Acts, comparing American and Russian cultures, and the resulting applications of her research to the teaching of second languages."

She was on phased retirement at the time of her death.

Dr. Belyaeva-Standen is survived by her husband, Gilbert; son Daniel (Katya) Belyaeva and granddaughters Aglaya and Mila; and brother Olec. She was preceded in death by her parents Ivan and Valentina Nazarova Belyaeva; and younger sister Mila.

A memorial service will be held at a future date.