A widely known expert in orthopaedic surgery, Moed served as chair from 2003 to 2017. In 2013, he was named the Hansjӧrg Wyss Endowed Chair in Orthopaedic Surgery in the School of Medicine. 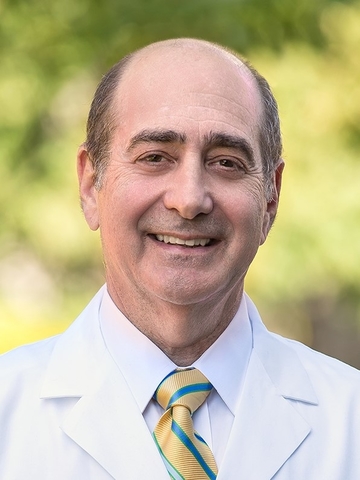 “Dr. Moed was a nationally-recognized leader in orthopaedic surgery,” said Howard M. Place, M.D., Richard J. Kemme endowed professor and chairman of the Department of Orthopaedic Surgery. “He helped grow this department to a higher level of performance and recognition.”

Moed joined the University in 2003, and served as a trustee on the AO Trauma International Board and as chair of the AO Trauma Research Commission.

From 1992 to 2018, Moed was selected among the “Best Doctors in America,” an online resource developed by Best Doctors.

J. Gary Bledsoe, Ph.D., director of the School of Engineering and professor in Parks College of Engineering, Aviation and Technology, remembered Moed’s mentorship.

“He was an advocate, collaborator, listener and challenger,” Bledsoe said. “He was tireless in his efforts to pass along his knowledge of traumatology, and his efforts inspired others to work as tirelessly as he did.”

Moed’s dedication to education, research, his patients and faculty was exceptional, his peers said. His colleagues recalled his warmth, humor and passion. To many, Moed was more than a colleague – he’s remembered as a friend whose contributions to medicine live on.

Raymond C. Tait, Ph.D., professor of psychiatry and a former vice president for research at SLU, worked closely with Moed.

“To say that Roy was forthright would be an understatement – he never minced words,” Tait said. “I always knew that we would resolve whatever issues he brought forward. We have lost a really good man. I will miss him.”

Moed was born Sept. 9, 1950, in Brooklyn, New York, to the late Charles and Frances Moed. He was married to Jill Moed, and son-in-law of the late Eugene and Sylvia Steinberger. He graduated from the University of Michigan, Ann Arbor with a Bachelor of Science in zoology and psychology and later earned his medical degree at SLU.