Scott is one of nine women and a high school student who will be honored during the 40th Annual YWCA Leader Lunch. This year, the event will be held virtually due to COVID-19 Thursday, Dec. 3, from noon-1:30 p.m. 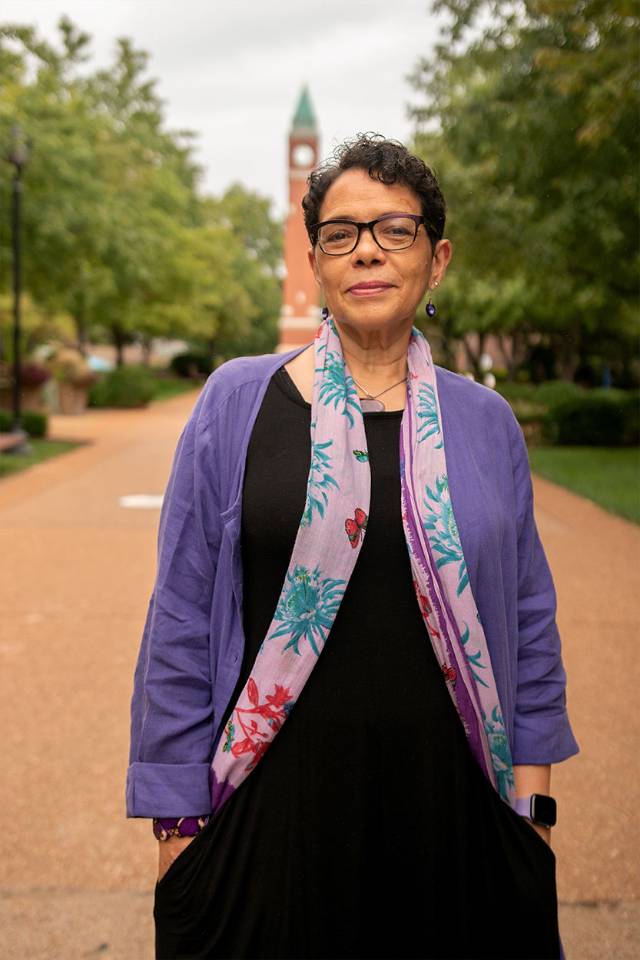 Scott will join the YWCA Academy of Leaders, which comprises a notable list of past honorees. Since 1979, YWCA Metro St. Louis has honored women for their outstanding contributions in the workplace and the community.

Honorees have distinguished themselves in their fields which include corporate, health and non-profit management, education, science and technology, government, entrepreneurship, and other professions. These women are also leaders in their communities.

Scott fosters dialogue as a means to bridge differences across social identities to raise awareness and understanding. She has more than 30 years of experience in human communication across race, gender, class, and culture to support inclusion, equity, and social justice initiatives.

Scott has taught at the University for 26 years, earning numerous awards for excellence in teaching and advising. She served as director of the African American Studies program at SLU for 15 years, supporting its growth from an interdisciplinary certificate program to an academic major. In 2014, she participated in “Teaching Ferguson,” an open forum designed to help area teachers address questions and concerns from their students.

She is the founder and principal of Dialogue, Diversity & Dharma, LLC. She’s the author of The Language of Strong Black Womanhood: Myths, Models, Messages, and a New Mandate for Self Care. She also serves as a dialogue facilitator of the YWCA’s Sister Circle Program, held monthly to help women heal from the impacts of racism and segregation in their lives.

“Teaching to transform is my goal,” Scott said. “Organizations, institutions, universities, governments – even families – are all made up of individuals. If I can teach and write to help individuals better understand then they can embrace the change they need for themselves and take the next step of sharing to transform their communities.”

Mary Ferguson, Ph.D., director of racial justice at the YWCA, says Scott embodies the YWCA's mission of eliminating racism and empowering women. Ferguson describes Scott as a tenacious collaborator who brings a sense of joy and purpose in the fight for racial justice.

“There are people who don’t want change,” Ferguson said. “It takes a certain kind of person who can sustain collective enthusiasm for this work when it looks like progress is difficult.”

Saint Louis University is a partner sponsor of the 40th Annual YWCA Leader Lunch. The cost to participate in the virtual event is $25. Register here.