Saint Louis University was named by the U.S. Environmental Protection Agency (EPA) as one of the agency’s 12 top Green Power Partners during its 20th annual Green Power Leadership Awards program. The EPA presented SLU with an Excellence in Green Power Use award at the 2020 Renewable Energy Markets Conference, which took place virtually Sept. 22. 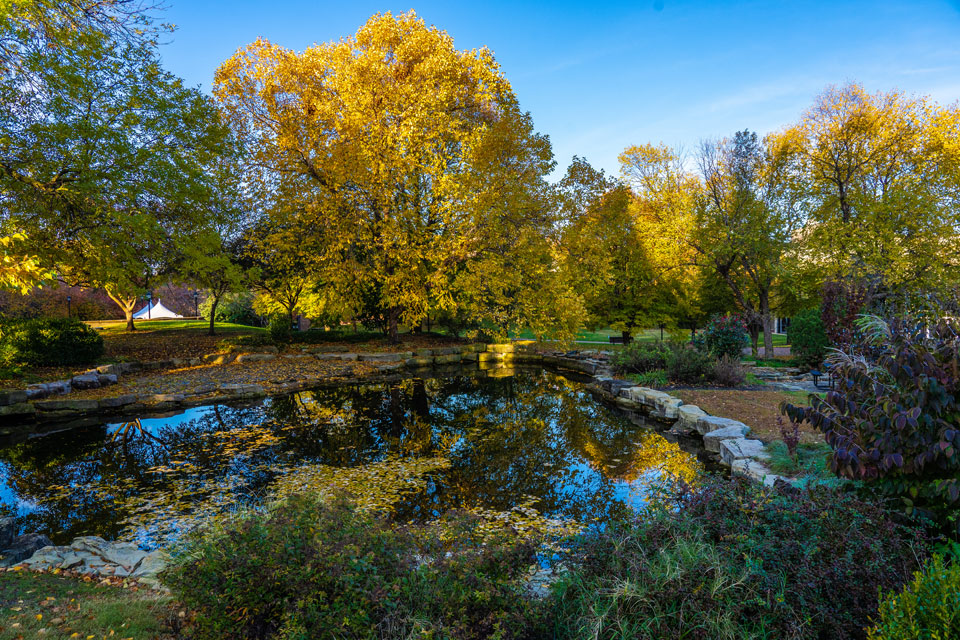 The EPA named SLU as a Green Power Partner for 2020. Photo by Steve Long.

“The 2020 Green Power Leadership Award winners are leaders in spurring innovation and promoting growth in the U.S. renewable energy market,” Anne L. Austin, principal deputy assistant administrator of EPA’s Office of Air and Radiation, said in a press release. “We commend their efforts, which help protect our environment and improve our air quality.”

SLU students voted to tax themselves $20 a semester to reduce their carbon footprint to help defray the cost of purchasing Renewable Energy Certificates to replace energy used in residence halls.

In 2019, the University committed to purchasing 125 million kilowatts of renewable energy certificates, which effectively offsets the entire carbon footprint of SLU’s electricity use.

SLU ranks as No. 82 on the EPA’s National Top 100 list, and No. 12 on the Top 30 College & University list. Each list highlights EPA Green Power Partners using the most renewable electricity annually as of July 2020. EPA updates its Top Partner Rankings quarterly.

According to the EPA, SLU’s current green power use of 125 million kWh is equivalent to the electricity use of more than 11,000 average American homes annually.

The Green Power Partnership is a voluntary program that helps increase green power use among U.S. organizations to advance the American market for green power and development of those sources as a way to reduce air pollution and other environmental impacts associated with electricity use. The Partnership currently has more than 1,400 Partners voluntarily using more than 61 billion kilowatt-hours of green power annually. Partners include a wide variety of leading organizations such as Fortune 500® companies; small and medium sized businesses; local, state, and federal governments; and colleges and universities.

About the Green Power Leadership Awards