Saint Louis University and the Gate District West Neighborhood Association held a groundbreaking ceremony Sept. 16 to celebrate the nearly 50 new homes and condos that are coming to the Midtown neighborhood near the University’s medical center. 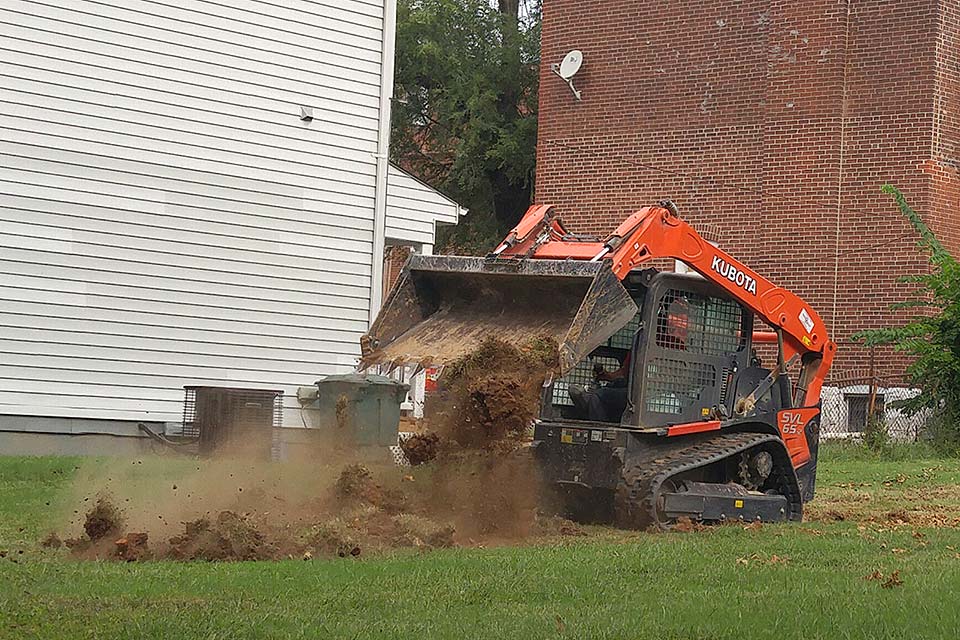 A bulldozer breaks ground on one of the parcels in the Gate District West neighborhood that are being redeveloped for new housing.

While SLU owned the parcels and was closely involved in the redevelopment process, it was the neighborhood association that took the lead in issuing an RFP and selecting developers to acquire the properties and build new housing on them.

Several of the day’s speakers highlighted that unusual approach, including Lewis Reed, president of the St. Louis Board of Aldermen.

Marlene Davis, alderwoman of the 19th Ward, voiced a similar refrain, giving kudos to Brooks Goedeker (MSW ’04), a SLU alum who serves as the director of the St. Louis Midtown Redevelopment Corp. This joint effort between SLU and SSM Health oversees development in a 400-acre area that includes Gate District West. 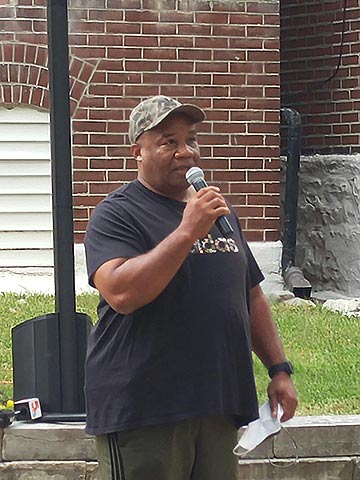 Kelvin Settle, owner of Simone's LLC, talks about being one of the developers chosen to build new housing in the neighborhood.

“Brooks, you understand the importance of making sure that everybody is included and everybody is heard,” said Davis, who called SLU a “great partner” after the ceremony.

There also was a lot of praise at the groundbreaking for the longtime alderwoman for her leading role in bringing investment to the neighborhood and making the new housing a reality. But Davis said it’s the neighborhood’s residents who deserve the credit.

“For those of you who know me, you know I’m not easy to work with because I work all of the time, so you’ve got to be doing 100 to keep up,” Davis said. “It has been a pleasure and it will continue to be a pleasure to work with this community because you care and you put the time in.”

The neighborhood association selected four development firms and a nonprofit to acquire the SLU properties. For one of those developers, it’s a sort of homecoming because he grew up in the neighborhood and will be constructing two new houses next to his childhood home.

“I’m thankful for this opportunity,” said Kelvin Settle, owner of Simone's LLC. “We’re going to come back to the neighborhood and watch it grow and excel.”

More about the New Housing

In addition to Simone's, the neighborhood association selected developers Black Lab Development, Prime Property Investments and UIC Homes. Their plans call for a total of 35 single-family homes and 12 condos with prices ranging from $200,000’s to $300,000’s.

The association also selected a proposal from Habitat for Humanity Saint Louis, which plans to build seven new affordable homes in the neighborhood. SLU sold the parcels at a below-market price and used the proceeds for a home-repair program for current neighborhood residents.

The first homes in Gate District West will be completed by end of the year, and all the new housing is expected to be finished in the next two years. 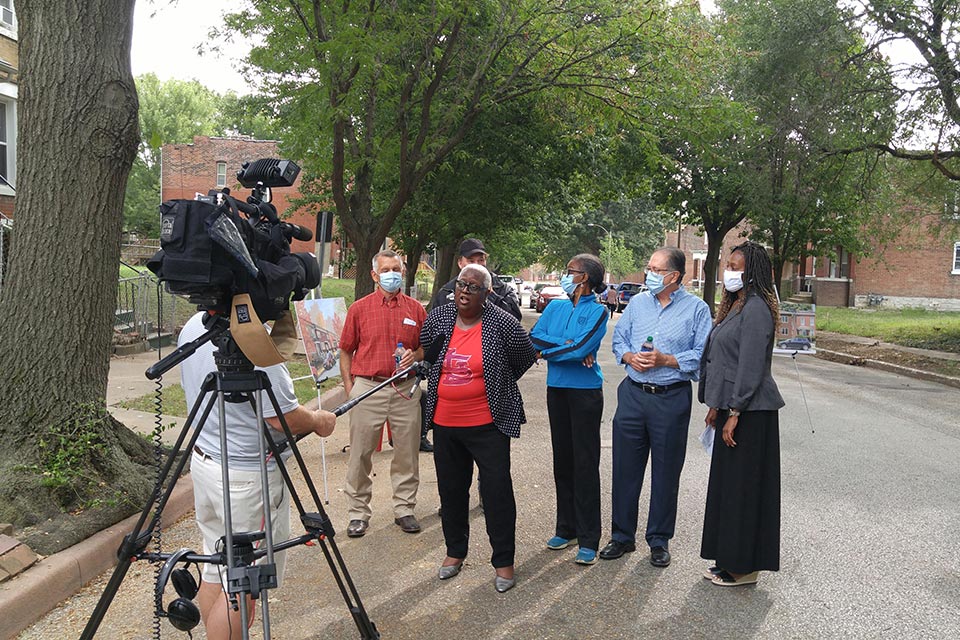 Marlene Davis, alderwoman of the 19th Ward , is joined by residents of the Gate District West neighborhood as she speaks to media after the groundbreaking.