The start of a dynasty. That’s how history will remember this year’s women’s soccer team or so believes Saint Louis University President Fred Pestello, Ph.D.

“We have the potential here at SLU for you and what you build on, and for those who follow you and what they will do — with this coaching staff under coach (Katie) Shields — to build a dynasty in women’s soccer,” Pestello said 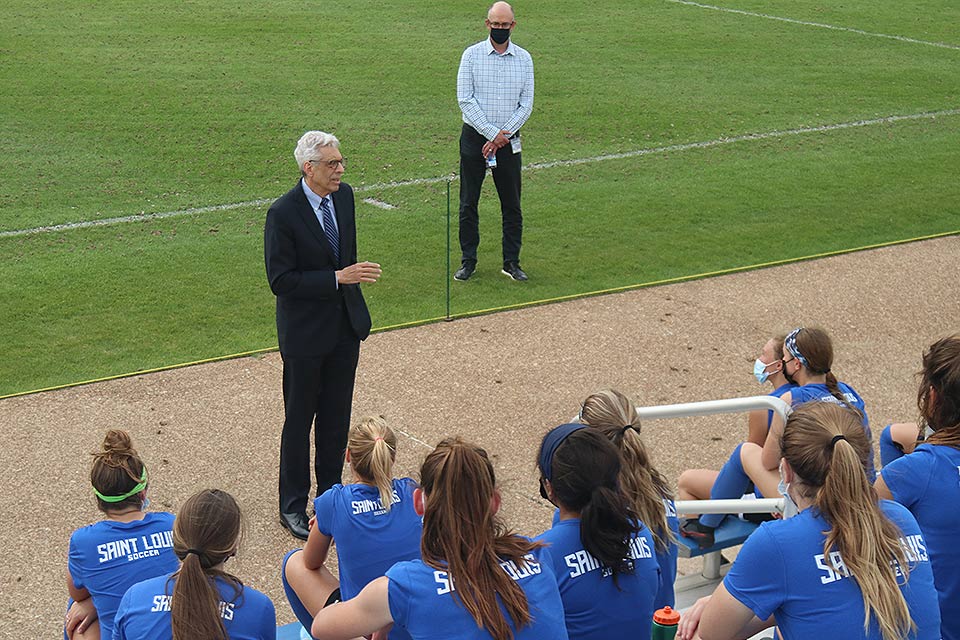 The Billikens are the No. 15 seed in the national tournament, marking the team’s third consecutive appearance in the NCAA Championship and fifth in program history.

SLU secured an automatic NCAA bid by capturing the A-10 Championship title on April 17, becoming the first women's soccer team in conference history to capture both regular-season and tournament titles in three consecutive seasons.

At 15-1, the team owns the best 16-game record in program history and goes into the national tourney on the heels of a 10-game winning streak, having outscored its opponents 40-9 this season.

“What an amazing year,” Pestello told the team. “What you have here is something special. I want you to know how proud I am of you; how proud our community is of you.”

Afterward, Pestello said it was important for him to speak to the student-athletes before they left St. Louis; to acknowledge all they have done for SLU and to let them know that community is behind them.

“It’s wonderful how — in the midst of all this isolation — this team is enjoying such great success,” Pestello said. “They’ve worked hard for this and they deserve this.”

University Director of Athletes Chris May said Pestello’s visit underscores the fact that the highest levels of leadership at the University support SLU’s student-athletes. And that’s meaningful message for all of them.

“Everybody has been so supportive of these young women,” May said. “That support gives them the chance to really compete, and it’s an unbelievable blessing. We couldn’t be more grateful to have it and it’s why we’re seeing such great success.”

SLU earned a first-round bye in this year's NCAA Championship, which has been reduced from the customary 64 teams to 48, with the top 16 teams seeded into the second round. The entire tournament will be played at multiple locations in North Carolina.

To learn more about the women’s soccer team, visit slubillikens.com. 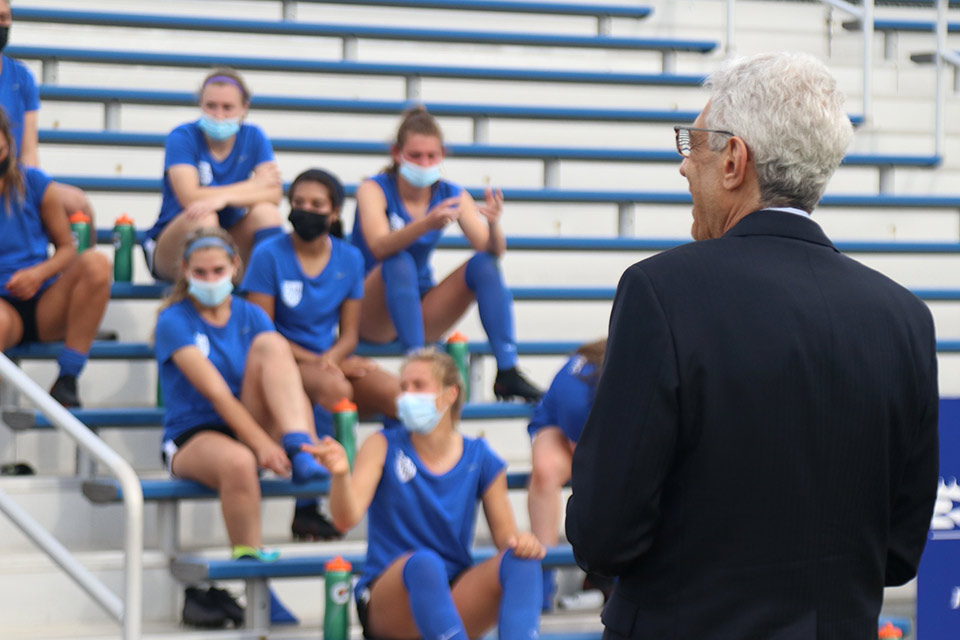 Pestello shares a laugh with the women’s soccer team following their final home training session of the season. The Billikens play in the second round of the national tournament Friday. Photo by Brian Kunderman/Billiken Athletics