Saint Louis University Spanish students answered the call to serve their community by putting their language skills to good use. Christina Garcia, Ph.D., assistant professor of Spanish and linguistics in the Department of Languages, Literatures, and Cultures, said the request came from a longtime community partner seeking volunteer interpreters for ongoing COVID-19 vaccine clinics.

Garcia collaborates with Eileen Wolfington, coordinator of Health and Wellness Programs at LifeWise STL formerly known as Kingdom House. LifeWise STL is a social service not-for-profit organization that helps the under-resourced improve their well-being. Wolfington reached out when South City Hospital opened up slots for LifeWise STL participants, many Spanish-speaking, to get vaccinated.

Since mid-March, students in Garcia’s Spanish for the Health Professions class and other graduate and undergraduate Spanish students have volunteered roughly 50 hours in the vaccine clinics. To date, eleven undergraduate and two graduate students have volunteered their time. Students like Katherine O'Connor, a third-year biology and Spanish major, have assisted with tasks like the intake process and data input. 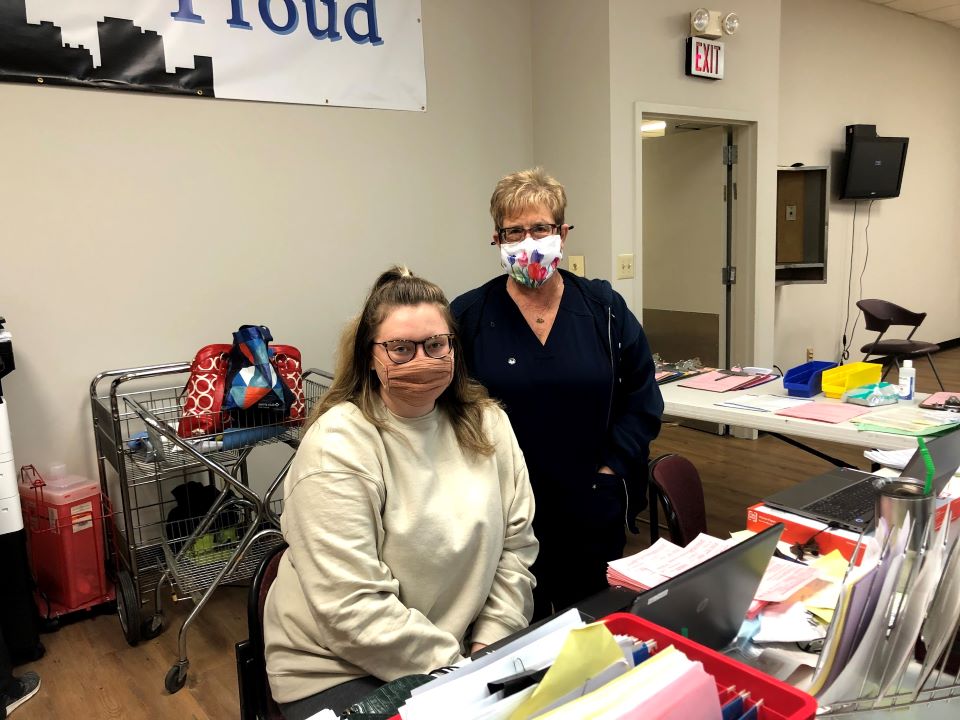 This was a targeted way that students could help eradicate vaccine inequity, Garcia said.

O’Connor said volunteering in the vaccine clinic has helped her see the overlap between medicine and policy. She emphasizes the importance of legislation like Title VI of the Civil Rights Act of 1964, which mandates that health providers, including hospitals, that receive federal funds provide interpretation services.

Isabella Delatorre, a junior biology major with a minor in Spanish and sociology, said she has learned about the health disparities that exist in our country.

"It was so important that the participants of LifeWise STL had people willing to support them through this difficult process,” Delatorre said. “Walking into a hospital to receive a vaccine is scary for anyone, and I imagine it is especially scary when you don't know the language, or you don't know if you can trust the people around you.”

Delatorre’s relatives have been working the frontlines during this pandemic, and it has been a constant fear of hers that they would get sick.

“My father, like many of the people who have come to get vaccines, works in a restaurant. He is exposed every day but needs to continue to go to his job to support his family,” Delatorre said.

This experience has motivated her to continue to learn Spanish, become more culturally competent, and pursue her dream of becoming a bilingual doctor.

“It is so important that the next generation of doctors are trained not only in medicine but in people,” Delatorre said. “My goal in my future career is to serve Hispanic and disadvantaged populations, and this experience has just reinforced that idea for me.”