“Everyone who made donations in the past year recognizes the excellence of SLU’s academic programs, its cutting-edge research, top-notch patient care, and enduring commitment to our St. Louis community,” said University President Fred P. Pestello, Ph.D. “That we received this level of support during such a challenging time speaks to the commitment of our alumni and other partners who want to ensure that the University continues to grow and thrive in the years ahead. I thank each of them for their ongoing support.” 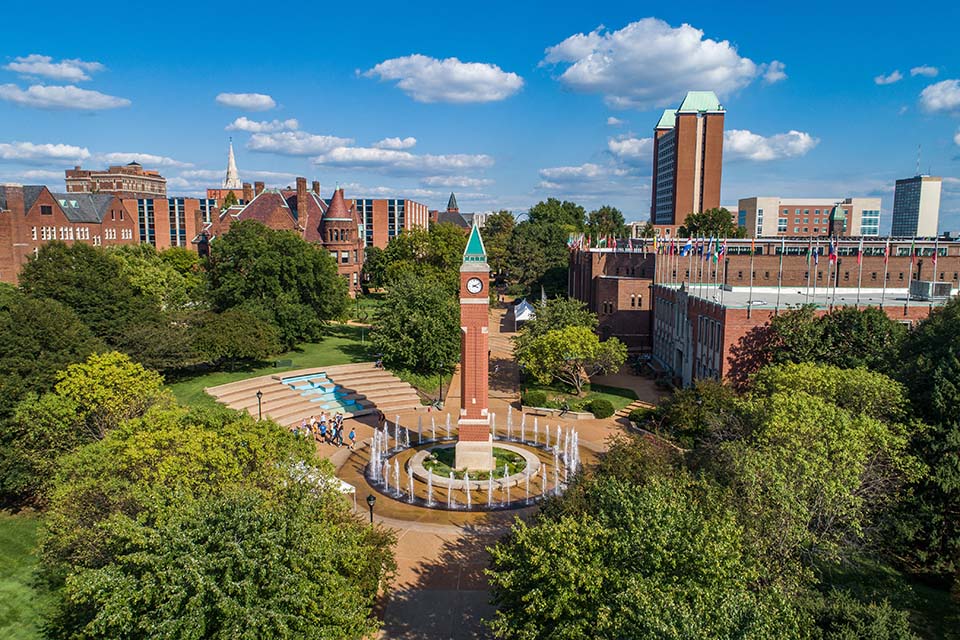 SLU’s fiscal year runs from July 1 through June 30. The $71 million raised in the just-completed fiscal year came from nearly 15,000 individuals, foundations and companies.

The record-breaking fundraising total has helped Accelerating Excellence: The Campaign for Saint Louis University, the University’s ongoing fundraising campaign, surpass $460 million of its $500 million goal. Currently in the third year of its public phase, Accelerating Excellence has raised more than $467.5 million, the most ever raised in any University campaign. Since Jan. 1, 2021, the University has received 14 campaign gifts and pledges of $1 million or more, with three of them for $5 million or more.

As a comprehensive campaign, all contributions to the University support one of its five strategic priorities: academic excellence, health sciences, business education, athletics and scholarships. Notably, the $71 million raised in fiscal year 2021 includes more than $8 million for student scholarships.

“Every gift is important, but I am especially pleased that in the past year our donors have given so much to help SLU attract and retain outstanding young students from St. Louis and across the country,” said Vice President for Development Sheila Manion. “I want to thank our donors, our team and our campaign co-chairs Dr. Richard Chaifetz and Rex Sinquefield for their guidance, leadership and devotion to the University and this campaign.”

The Accelerating Excellence campaign is on course to meet or exceed the $500 million goal by June 30, 2022.

“Everyone at SLU is energized for a strong finish to the University’s largest-ever fundraising campaign,” Manion said. “It’s an exciting time to be at SLU, and I ask all of our supporters to be part of the successful conclusion of the campaign.”

Learn more about Accelerating Excellence: The Campaign for Saint Louis University at slu.edu/campaignforslu.