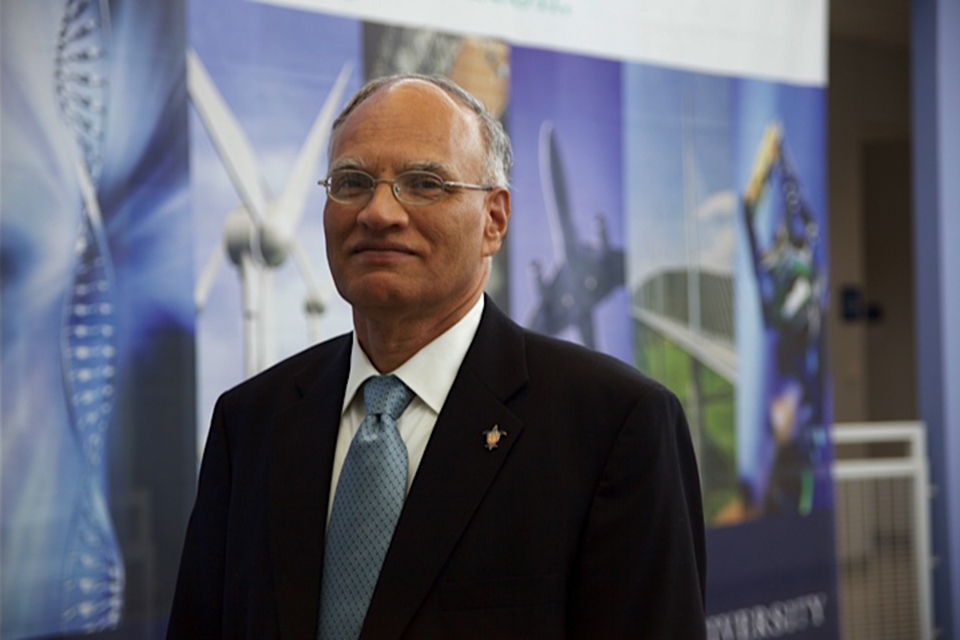 Ravindra joined Saint Louis University in 1987. He served as the department chair of aerospace and mechanical engineering at Parks College from 1996-2009, and as associate dean and interim chair during the 2009-2010 academic year. Starting in July 2010, he served a two-year term as interim dean.

"Dr. Ravindra was the epitome of a thoughtful and conscientious teacher and colleague,” said Scott Duellman, Ph.D., Interim Dean of Parks College of Engineering, Aviation and Technology. “He was dedicated to our students and was a clear leader in Parks College throughout his career. The outpouring I have received from former students demonstrates the impact he had on our graduates extended far beyond the classroom."

Prior to teaching at SLU, he was an assistant professor of aeronautics at Dowling College in Oakdale, New York.

His research interests were experimental fluid dynamics and design and he published numerous papers on these topics while at SLU.

He received the Student Government Faculty Excellence Award in Spring 2006 and the Outstanding Faculty of the Year Award in 2003 — an honor conferred by the Association of Parks College Students. In 2011 he was named the Outstanding Engineer of the Year in Education by the St. Louis Chapter of the Missouri Society of Professional Engineers.

In 2020 he received the American Institute of Aeronautics and Astronautics (AIAA) Faculty Advisor Award given for his leadership in higher education with AIAA at SLU.

“Ravi was a gentleman, in the best sense of the word,” said Michael Swartwout, Ph.D., associate professor of aerospace and mechanical engineering. “He carried himself with dignity and was unfailingly generous, kind and respectful to everyone around him. At work, the students were his first priority; the only times I ever heard him boast were over the accomplishments of our alumni.

“Our lives were enriched by his presence and are diminished in his absence. And he’d be embarrassed that we’re making such a fuss over him.”

He is survived by his wife, Alaka, and two sons, Arjun and Vijay.

Funeral services are open to the public and will be at 9 a.m. on Wednesday, Dec. 8 at St. Louis Cremation’s downtown location.