The Office of Mission and Identity at Saint Louis University dedicated a new Marian grotto Tuesday, Dec. 7, in anticipation of the solemnity of the Immaculate Conception. 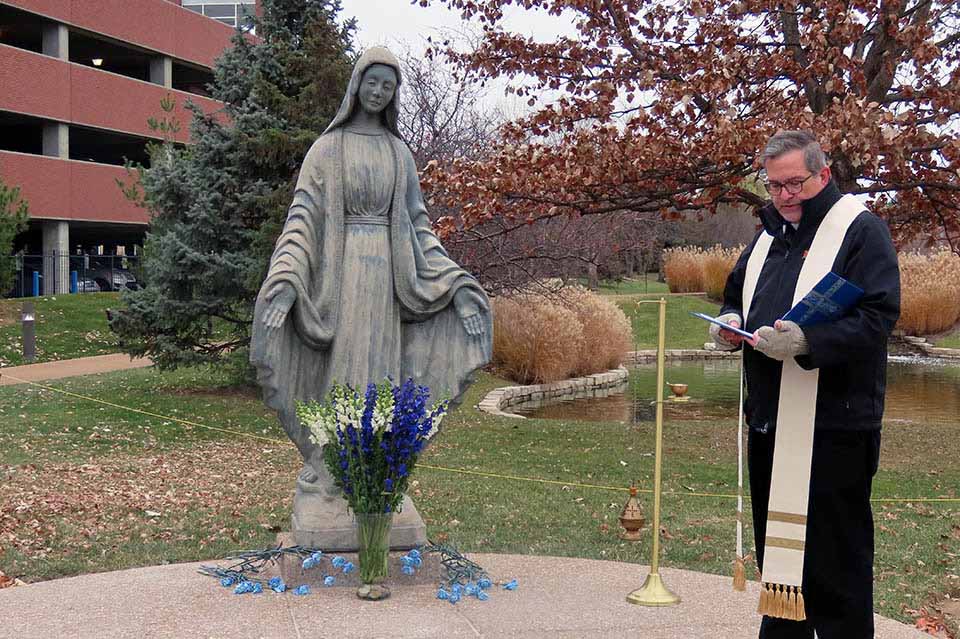 The Solemnity of the Immaculate Conception of the Blessed Virgin Mary is the Patronal Feast Day of the United States of America and a holy day of obligation in the Catholic Church. Masses will be held Wednesday, Dec. 8, across SLU’s campus.

The doctrine of the Immaculate Conception was the first infallible pronouncement ever given. The declaration was made by Pope Pius IX on Dec. 8, 1854, in a papal bull called “Ineffabilis Deus.”

The prayer service and dedication was held in the green space between the Compton/Olive Garage and Chaifetz Arena. David Suwalsky, S.J., vice president for Mission and Identity, opened the service with a blessing.

The statue of the Virgin Mary was previously installed on what is now the site of the Interdisciplinary Science and Engineering building.

Once completed, the Saint Louis University Marian Prayer Garden of The Immaculate Conception will be lit and the site will include decorative landscaping, benches and tables.