Eleonore Stump, Ph.D., the Robert J. Henle, S.J., professor of philosophy in the College of Arts and Sciences at Saint Louis University, is the recipient of a significant international award.

Stump was named a Distinguished Senior Scientist for the Johanna Quandt Young Academy (JQYA) at the Goethe University in Frankfurt, Germany. She will be recognized during a virtual ceremony at the University’s annual Academy Day on April 23. 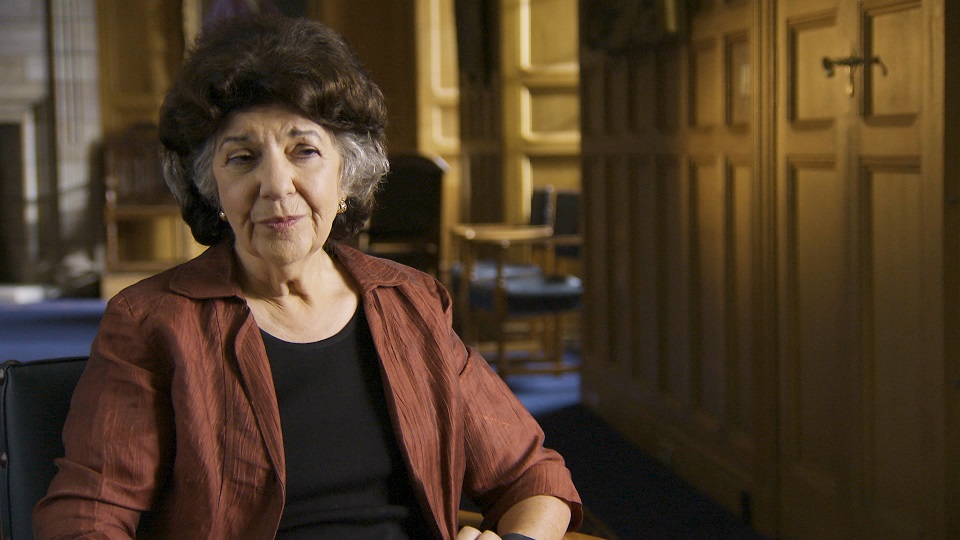 “This prestigious position honors Professor Stump and her work,” Ragland said. “And when she is honored, our philosophy department and SLU are also honored.”

The Presidential Board of the Goethe University said Stump was nominated for the award based upon her achievements and “commitment in shaping the intellectual atmosphere of the discipline.”

Stump has published extensively in philosophy of religion, contemporary metaphysics, and medieval philosophy. Her books include Aquinas (2003), Wandering in Darkness: Narrative and the Problem of Suffering (2010), and Atonement (2018). She has given the Gifford Lectures (Aberdeen, 2003), the Wilde Lectures (Oxford, 2006), the Stewart Lectures (Princeton, 2009), and the Stanton Lectures (Cambridge, 2018). She is past president of the Society of Christian Philosophers, the American Catholic Philosophical Association, and the American Philosophical Association, Central Division; and she is a member of the American Academy of Arts and Sciences.

Goethe University is the third-largest university in Germany. The JQYA has served as an independent academy at the University; it fosters the most promising young researchers from different disciplines and countries at the beginning of their independent careers.

As a Distinguished Senior Scientist, Stump will serve on an External Scientific Board for the JQYA. She will be involved in the annual selection and mentorship of fellows for three years. She will also participate in annual meetings of the JQYA and give annual keynote lectures.

“The academy is trying to support the best young scholars in various countries to meet the challenges of a rapidly changing world,” Stump said. “To be invited to be a part of nurturing these young people is a great trust.”