Philip LeFevre III, M.D., a former SLUCare psychiatrist and professor of psychiatry at Saint Louis University School of Medicine, died Feb. 8, 2021, in a plane accident. He was 82. 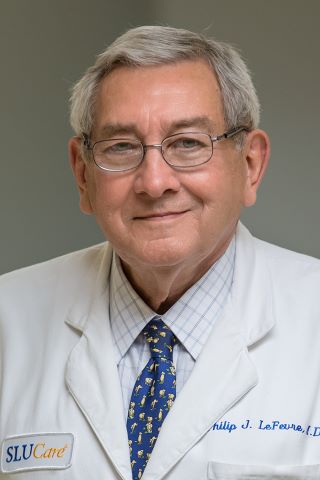 LeFevre retired from SLU in July. He joined the University in 2012 after years in private practice. His daughter Cherie LeFevre, M.D., is a professor of obstetrics, gynecology and women’s health at SLU and a SLUCare urogynecologist.

Philip Joseph LeFevre III was born July 9, 1935 in South Bend, Indiana to Henry LeFevre and Agnes (Steinbrunner) LeFevre. He was married 54 years to Patricia (Adams) LeFevre, who preceded him in death on Feb. 12, 2019. The LeFevres had five children.

He was preceded in death by his parents and his brothers, Henry (Bud) and Joseph (Theresa, deceased).

In lieu of flowers, the family has asked that donations be made in his honor to organizations close to his heart: