James Bohman, Ph.D, professor emeritus of philosophy and former holder of the Danforth I Chair in the Humanities, died Jan. 9, 2021. He was 66 years old.

Bohman received his doctorate in philosophy from Boston University in 1985. After a one-year teaching stint there, he joined Saint Louis University’s Department of Philosophy in 1986. He remained at SLU until his retirement in 2015. 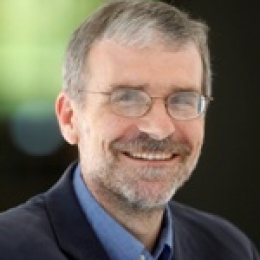 In 1989, the department’s new chair Fr. Ted Vitali, C.P. Ph.D., saw that Bohman was a key player in rebuilding and mainstreaming the department, then in a period of decline as faculty aged and retired.

After co-editing two books, in 1991 he published his first monograph, New Philosophy of Social Science, followed by Public Deliberation in 1996. These works received wide attention.

In 1996 Bohman was awarded the Danforth I Chair in the Humanities. He was active in numerous collaborations, co-editing books, co-organizing conferences nationally and internationally, accepting visiting positions from Germany to Australia, and fostering a twenty-year exchange program between the department and the University of Frankfurt.

With William Rehg, S.J., he organized the first annual Critical Theory Roundtable at Saint Louis University in 1993, which would subsequently grow under his leadership to an international conference, now starting its 28th year.

With philosophers at Washington University and University of Missouri-St. Louis, he co-founded the Philosophy of Social Science Roundtable in 1998, which has similarly achieved international breadth.

In 2007 he published his most influential monograph, Democracy across Borders, which set the pace for scholars working on transnational democracy. Fellow critical theorist Max Pensky described Bohman as “among the truly pioneering and influential critical theorists in his generation,” publishing books and articles that “ranged across a remarkably broad set of problems and authors.”

At his retirement, Bohman had published nine co-edited books and monographs and more than 100 articles and book chapters.

Bohman’s influence on the philosophy department extended to the graduate program. He mentored many graduate students over the years who came to SLU to study social and political philosophy. These students have gone on to have successful academic careers in a wide range of universities and colleges, thereby helping shape the next generation of political philosophers.

Cristina Lafont of Northwestern University described him as “one of the most extraordinary, wonderful, decent, human beings I have ever met, a true ‘Mensch.’”

Bohman’s non-scholarly interests also roamed widely. Colleagues and friends remember him as well-informed and ready to converse on nearly every subject. He was an avid backpacker, basketball player, jazz aficionado and saxophonist.

After retiring for reasons of health, he stayed active by volunteering at the St. Louis Crisis Nursery, attending jazz concerts, enjoying pickup basketball and spending time with this family.

Bohman is survived by his wife, Gretchen Arnold, Ph.D., associate professor of women’s and gender studies at SLU; and two daughters, Clara and Lena.

A memorial service will be scheduled later.