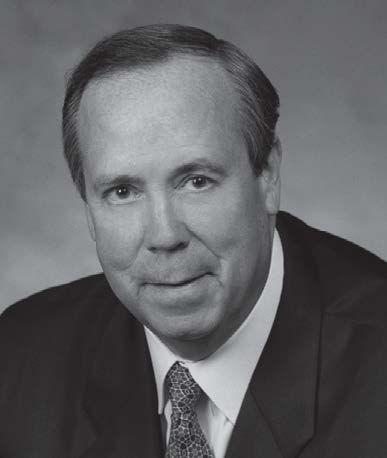 Dunne retired from Fred Weber, Inc. (FWI) in 2012, after serving as the company’s Chairman of the Board and Chief Executive Officer for 26 years.

Born to Thomas C. and Adele A. (Maliner) Dunne, Dunne graduated from Christian Brothers College (CBC) in 1961. While still in high school, he began working summers as a laborer at Fred Weber, Inc.

He graduated from Washington University with a degree in civil engineering in 1965 and starting working full-time for FWI. He received his professional engineer registration in 1970.

Under his leadership from the 1980s through his retirement in 2012, the company grew from $75 to $375 million in annual revenues.

In addition to his contribution on SLU’s Board of Trustees and Presidents’ Council, Dunne served on the boards of Missouri Baptist Medical Center and World Presidents’ Organization.

He served as a member of the RCGA Executive Board, the Archdiocesan Development Appeal, SSM Healthcare Central Region and Forest Park Forever. He volunteered his time at St. Patrick’s Center and Christian Brothers College Preparatory School.

Dunne was preceded in death by his wife, Jacqualyn V. (Resa) Dunne.

He is survived by his children, Cynthia N. Dunne and Thomas P. Dunne, Jr.; six grandchildren, Jessica, Joshua, Jincy, Josey, James and Joy Dunne; and his companion for the past 20 years, Kathy L. Linsin.