Learn about the projects and passions of SLU faculty and staff members who have written books.

In his new book of poetry Gold Cure, Ted Mathys has several poems which meditate on gold, both as a physical substance and as a cultural and philosophical ideal. 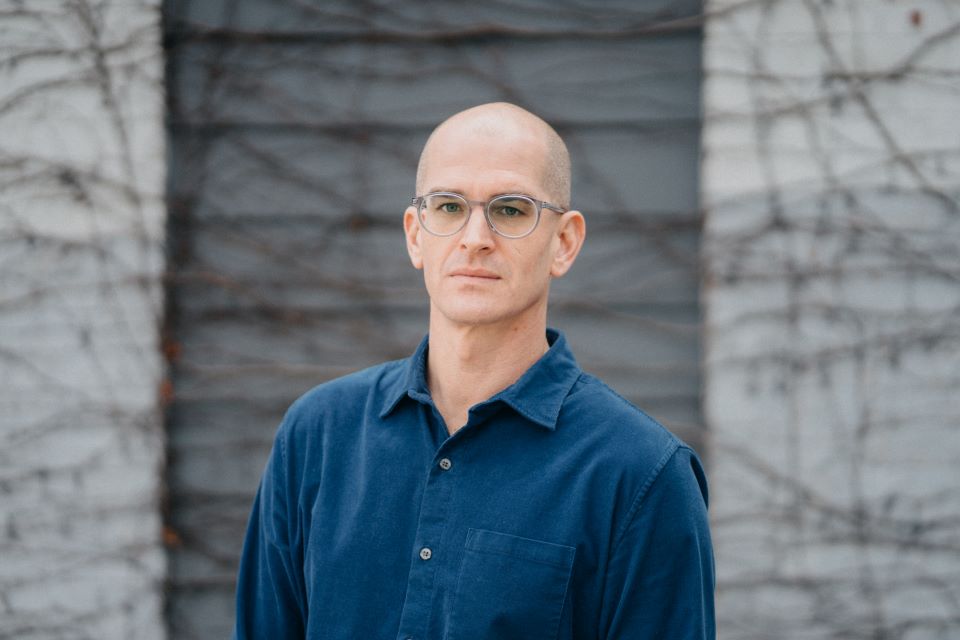 Ted Mathys is an assistant professor of English. Submitted photo.

“It’s impossible to overstate the ubiquity of gold in American life (wedding rings, gilt-framed paintings in museums, Fort Knox, NASA’s golden record launched into space, Elvis’s golden tuxedo, and so on),” Mathys said. “But gold is also a more nebulous concept that pulls thought into itself, giving us metaphors like the golden ratio in mathematics and Aristotle’s golden mean.”

Mathys said gold wasn’t his initial focus for this collection, but once he became attuned to gold as an index of various states of desire, he noticed it in his own life and in the wider culture.

“The poems in my collection engage family intimacies, politics, landscapes, and American history, but throughout the book gold is the tool with which I think,” he said.

Gold Cure moves from boomtown gold mines and the mythical city of El Dorado to the fracking wells of the American interior, excavating buried histories, legacies of conquest, and the pursuit of shimmering ideals.

Mathys said the myth of El Dorado lives on in the American imagination.

“There are over 40 small towns and counties across the country named El Dorado, many of them in rural areas in economic decline, as well as numerous brand names like Eldorado bottled water and the Cadillac El Dorado. As a poet, I fixate on the ways in which our language reflects who we are,” Mathys said. “I traveled to several of these towns during the writing of this book, and visited gold mines and areas where fracking (for “black gold” and natural gas) takes place. In some poems, the plunder of American landscapes and the ostentation and accumulation of late capitalism clarifies when seen in this longer historical arc.”

Poetry is a short form which can help readers process the world, Mathys said.

“I don’t expect poems to pass legislation, correct historical wrongs, or give people information they couldn’t get elsewhere. But very often in the course of writing, history and politics assert themselves into the work,” he said. “One of the central poems in Gold Cure, for example, is a long piece titled “Key to the Kingdom.”

“I was interested in the structure of an anonymous nursery rhyme of this name, and wanted to write a poem in which each of the lines of the nursery rhyme would be the basis for a 12-line section of my own long poem. I began with a form, unsure of content. But as I started writing in the summer of 2016, there was a wave of events like the Pulse nightclub shooting, high profile episodes of police racism and violence, and the Republican National Convention in Cleveland, which grabbed the poem and pulled it in a political direction. For me, poetry often becomes a way of processing, reconfiguring, and seeing the world as it unfolds.”

Mathys, an assistant professor of English in the College of Arts & Sciences, teaches poetry and screenwriting. He said his students take away a sense of belonging to a community of artists after taking his classes or participating in workshops with him.

“I’ve benefitted from this in my own writing life – mentors, friends, and other poets with whom I exchange work, attend readings, and talk about poetry,” Mathys said. “I encourage my students at SLU to embrace this idea that the class is there to help them develop their art, find their literary heroes, become better readers, and cultivate community, which means we’ll often go to art museums and then write ekphrastic poems, or attend local literary events, meet professional writers, and write responses to the evenings.”

Gold Cure, published in the fall of 2020 by Coffee House Press, is Mathys’ fourth collection of poetry. He is also the author of Null Set, The Spoils, and Forge.

Mathys said as a young person growing up in Ohio he was captivated by the possibilities for discovery and transformation in the arts but he didn’t zero in on literary arts right away. He pursued international relations and environmental advocacy, which allowed him to live and work in Hong Kong, Berlin, New Delhi, New York, and elsewhere, before turning to poetry and teaching full-time.

“In hindsight, I suppose that some of my attraction to poetry had to do with the ways in which my parents played with language. My mother was a French and Spanish teacher with an associative linguistic mind, and my father ran a small masonry company, which exposed me to the slanginess of construction jargon, almost its own idiom,” he said. “In some ways they both animated and amplified language in ways that made it feel tactile and alive.

“I sometimes describe to my students the difference between instrumental language and poetic language as analogous to the process of lighting a dollar bill on fire. Which is to say that in poetry words aren’t there just to buy an idea; they have material realities and hold potential for sonic pleasure and strange perceptual insights.”

Mathys describes himself as a restless poet, always looking for new approaches.

“I’m drawn to forms, both inherited forms like the group of sonnets in Gold Cure and nonce forms that I invent; I often write in cycles and sequences that explore permutations and variations on whatever theme is at hand; I like dualities, reversals, and paradoxes; and I enjoy the energy of poetries that accommodate multiple registers of diction.”

In addition to fellowships and awards from the National Endowment for the Arts, New York Foundation for the Arts, and Poetry Society of America, his work has appeared in the American Poetry Review, BOMB, Boston Review, Conjunctions, PBS NewsHour and elsewhere. He holds an MFA from the Iowa Writers’ Workshop and curates the 100 Boots Poetry Series at the Pulitzer Arts Foundation. Mathys also serves as the president of the Board of Directors for the St. Louis Poetry Center.

Mathys and his partner, Rachel Greenwald Smith, Ph.D., an associate professor of English at SLU, live near Tower Grove Park with their daughter, a black lab and a Siberian cat.

Write Stuff is an occasional series of interviews with SLU faculty and staff authors who have newly-published or forthcoming books.