ST. LOUIS – Dragonflies consistently adapt to climate change by evolving to look less-male based on the melanin in their wing ornamentation, per new findings from Saint Louis University and Washington University researchers.

The findings indicated that male ornament evolution is a predictable feature of climate adaptations in dragonflies. Because melanin coloration is a taxonomically widespread character across animals and plants, the patterns observed among the dragonflies may be a feature of climatic adaptation in many organisms. 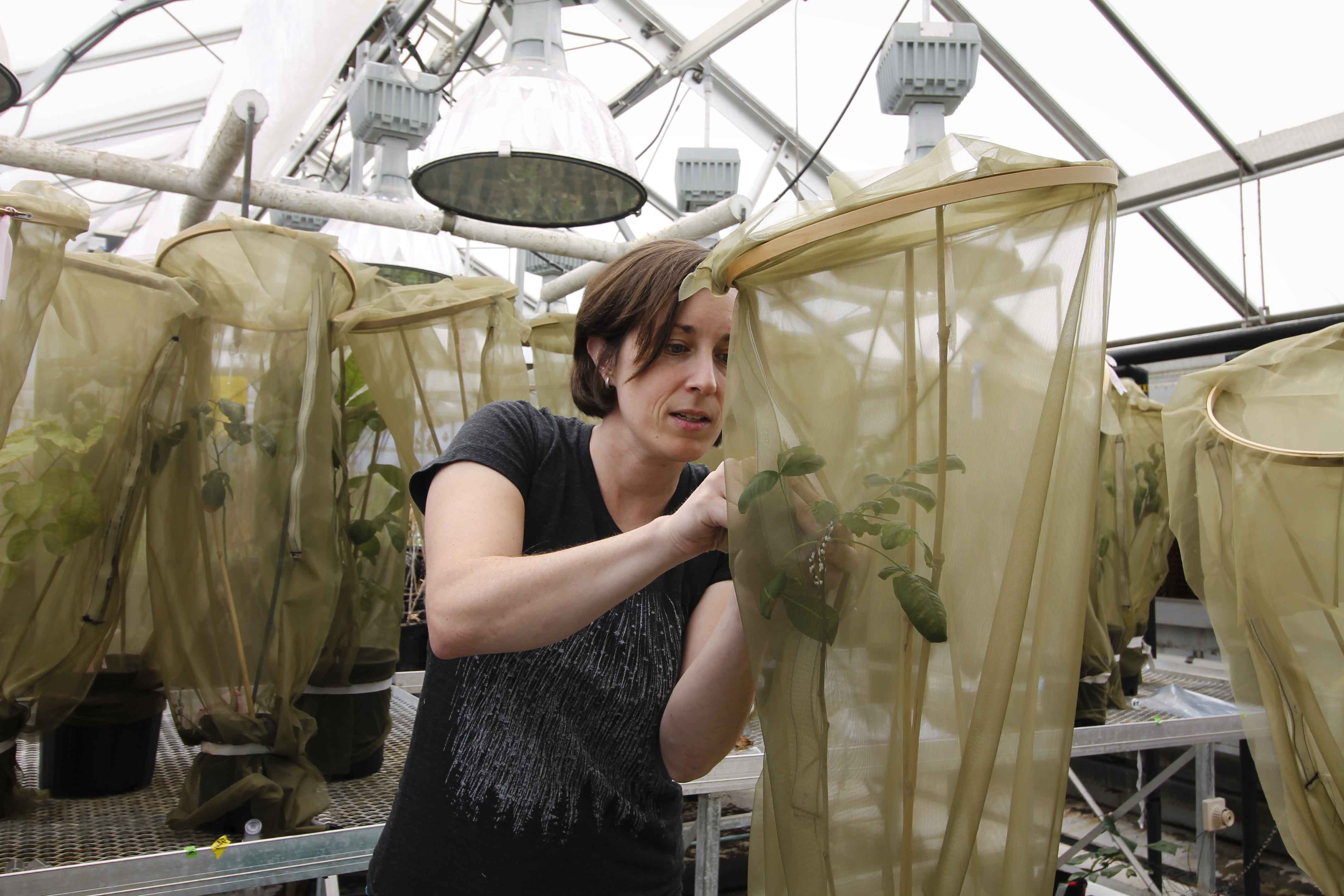 The study, “Sex-specific ornament evolution is a consistent feature of climatic adaptation across space and time in dragonflies,” published online July 5 in the Proceedings of the National Academy of Sciences of the United States of America (PNAS).

Kasey Fowler-Finn, Ph.D., associate professor of biology at Saint Louis University is one of the study’s authors. The lead author is Michael P. Moore, Ph.D., of the Living Earth Collaborative.

“This work demonstrates that traits typically assumed to evolve primarily to maximize reproductive success can also play a key role in adapting to climatic conditions,” Fowler-Finn said. “Furthermore, males and females differ in how these traits are optimized for local conditions.”

The analyses from the researchers indicates that male, but not female ornament evolution is a predictable feature of climatic adaption. The researchers created a database of species’ wing melanization, as well as the climate conditions each species experiences across its range.

They assessed the presence and absence of darkness, as well as the species’ average climatic conditions. Researchers then assessed how climatic temperature influences the likelihood of a species possessing male and female wing melanization.

“Ultimately, researchers to date have done an awesome job identifying how plants and animals evolve their traits in order to maximize survival for the climates where they live,” Moore said. “But many organisms need to do a lot more than just survive to perpetuate their populations and species. In many cases, they also need to coordinate mating and reproduce, yet we are just now starting to think about how organisms will need to change the way that they optimize reproduction as the world continues to warm.”

“Our study shows that the wing pigmentation of dragonfly males evolves so consistently in response to the climate that it’s among the most predictable evolutionary responses ever observed for a mating-related trait. However, despite this predictable response in males, females are responding in a totally different way. This really emphasizes that mating-related traits can be just as important to how organism adapt to their climates as are survival-related traits, but we also need to account for the fact that the sexes may have different solutions to the same problem.”

The researchers said they see this study leading to multiple future research questions, including:

Dragonfly photos for the project came from iNaturalist users. Support was also provided by the Living Earth Collaborative, the Tyson Research Center and the SLU Research Institute.