St. Louis Black Rep Stages 'Do I Move You?' Based on the Work of SLU's Jonathan Smith

A collection of works by the late Jonathan Smith, Ph.D., vice president for diversity and inclusion at Saint Louis University, brought to life on the stage will extend its run following his death. 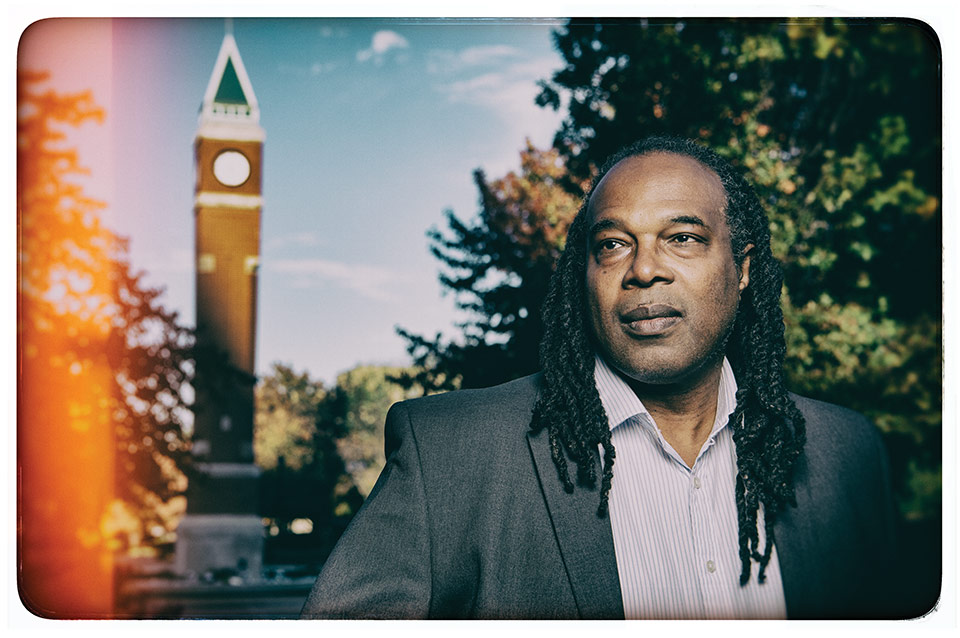 The St. Louis Black Repertory Company will finish its season of virtual programming with a mainstage production of Do I Move You? The show will stream on Vimeo through July 9.

Do I Move You? was written by Smith, who also serves as the president of The Black Rep Board of Directors. Based on a collection of poetry, music and dance, the show pulls inspiration from Jazz, religion, family and musicians like Donny Hathaway, Louis Jordan and Marvin Gaye.

Smith a faculty member at SLU since 2002, died Saturday, June 19. He had served the University as an assistant professor and community liaison in the African American Studies Program. He had been involved in supporting a variety of social justice initiatives at the University, including co-convening the Strategic Plan Topical Working Group on Social Justice and Responsibility, serving on the advisory board of Micah House and working periodically with the Access and Success Group.

The project was conceived by Producing Director Ron Himes. Do I Move You? is directed and choreographed by Heather Beal. With themes of betrayal, identity, discovery, and love flow throughout the performance, the show is designed to answer one question — “Do I Move You?”

Peter and Margery Spack are the production designers. The lighting was designed by Sean Savoie. The costume design is by Ellen Minch, with sound engineering by Kareem Deanes and editing by Avatar Studios. Kasey Dunaski is the stage manager.

Tickets for Do I Move You? are available at theblackrep.org or by calling the box office at 314-534-3807. The production will be streaming free on demand until July 9 with a suggested donation of $25 that will directly help support the theatre company and its artists.