Saint Louis University has appointed Scott Duellman, Ph.D., to serve as the interim dean of SLU’s Parks College of Engineering, Aviation and Technology. He began in the new leadership role on March 1. 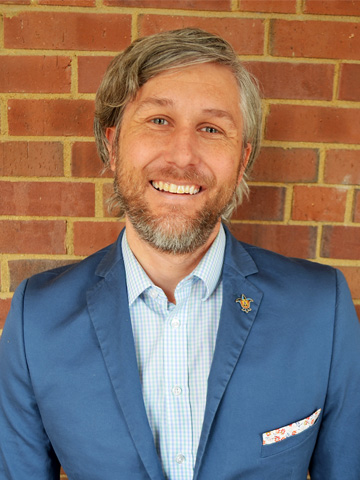 This marks Duellman’s second time as an interim dean at SLU. In September 2019, he was serving as the chair of the Department of Accounting in the Richard A. Chaifetz School of Business when he was asked to lead the business school on an interim basis — a post he held until December 2020.

University Provost Michael Lewis, Ph.D., said he selected Duellman for the Parks position after meeting with the faculty and staff of the college and listening to the characteristics they most wanted to see in their interim dean.

“Dr. Duellman made great strides in moving the (business) school forward,” Lewis noted in a message announcing the appointment to Parks College. “His focus on increasing graduate enrollment is particularly notable, and remains a primary focus for all colleges and schools at SLU.”

The Alfred V. Dunkin Professor of Accounting, Duellman joined SLU’s faculty in 2010. He has received several teaching honors from student organizations and earned multiple awards for his research. He also served on the Chaifetz School’s Research and Scholarship Committee, and its Graduate Board.

“Parks College has a long history of cutting-edge research, providing opportunities for experiential learning, and service to the community,” Duellman said. “I am truly excited to work with the faculty, staff, and students of the college.”

Duellman succeeds Michelle Sabick, Ph.D., who left SLU after five years to become the dean of the Ritchie School of Engineering and Computer Science at the University of Denver.

Stephen Magoc, MBA, chair of the Department of Aviation Science, has been a member of the Parks community for more than 40 years. He said he was pleasantly surprised to hear that Duellman had been named interim dean of the college.

“I had heard nothing but good things concerning his leadership as interim dean at the Chaifetz School of Business,” Magoc said. “Over the past several years, under the leadership of Dean Sabick, the Department of Aviation Science has made great progress. I look forward to working with Dr. Duellman in keeping the department on its upward trajectory.”

“The Parks College community welcomes Dr. Duellman as interim dean,” Gorlewicz said. “We are excited to work with him during this pivotal time at Parks – honoring our legacy, advancing our mission and envisioning the future.”

There’s a precedent at SLU for Duellman’s interim appointment. Neil Seitz, Ph.D., professor emeritus of finance and the former dean of the business school, was tapped to serve as interim dean of Parks College in 2006.