March 9 Update: Due to a forecast of inclement weather for Thursday, Saint Louis University has decided to postpone the groundbreaking event. A new date will be announced at a later time. 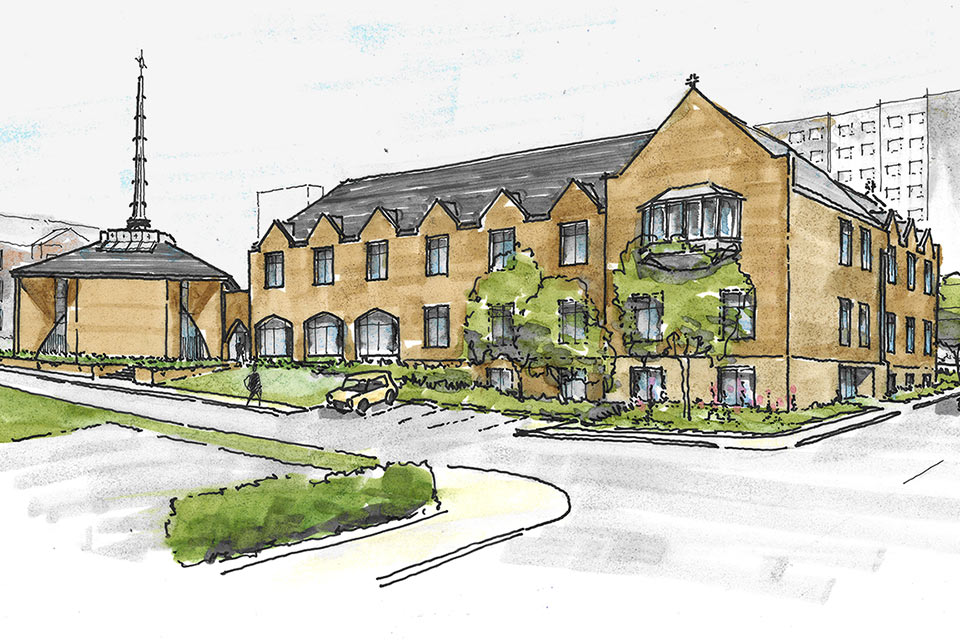 An artist’s rendering of the new Jesuit Center on SLU’s north campus.

Members of the Saint Louis University community are invited to join University leadership and members of the Jesuit Central and Southern Province for a virtual groundbreaking ceremony for a new Jesuit Center which will also serve as the on-campus residence for SLU Jesuits.

The event will be held at 4 p.m. Thursday, March 11, and will be live-streamed on the University’s Facebook page.

The Jesuit Center will have 20 bedrooms for SLU Jesuits and five for guests. It will also have a chapel, dining space and meeting rooms. The chapel will be visible from the West Pine Mall. The project is similar to Jesuit residences built recently at Loyola University Chicago and Marquette University.

The project will take 18-20 months to complete. The University has launched a fundraising campaign to help pay for the project. In addition, the proceeds from the pending sale of Jesuit Hall will be applied to the expense of the new residence.