When it comes to median earning right out of college and cost of living, the city of St. Louis is one of the best places to live, according to a recent report. Self Financial found that the St. Louis metro area is second only to San Jose/Sunnyvale/Santa Clara, California.

“Young degree holders in the St. Louis metro area earn $48,000 at the median, but living in St. Louis is so affordable that their cost-of-living adjusted median wage ($53,274) is nearly as high as that of their counterparts in San Jose,” Self Financial reports.

The state of Missouri as a whole came in as 13th best for median salaries for recent graduates in the analysis. (See the full report.)

“We are thrilled to see St. Louis near the very top of this list,” said Jean Marie Cox, Saint Louis University dean of admission. “This ranking helps illustrate how welcoming and affordable our city is." 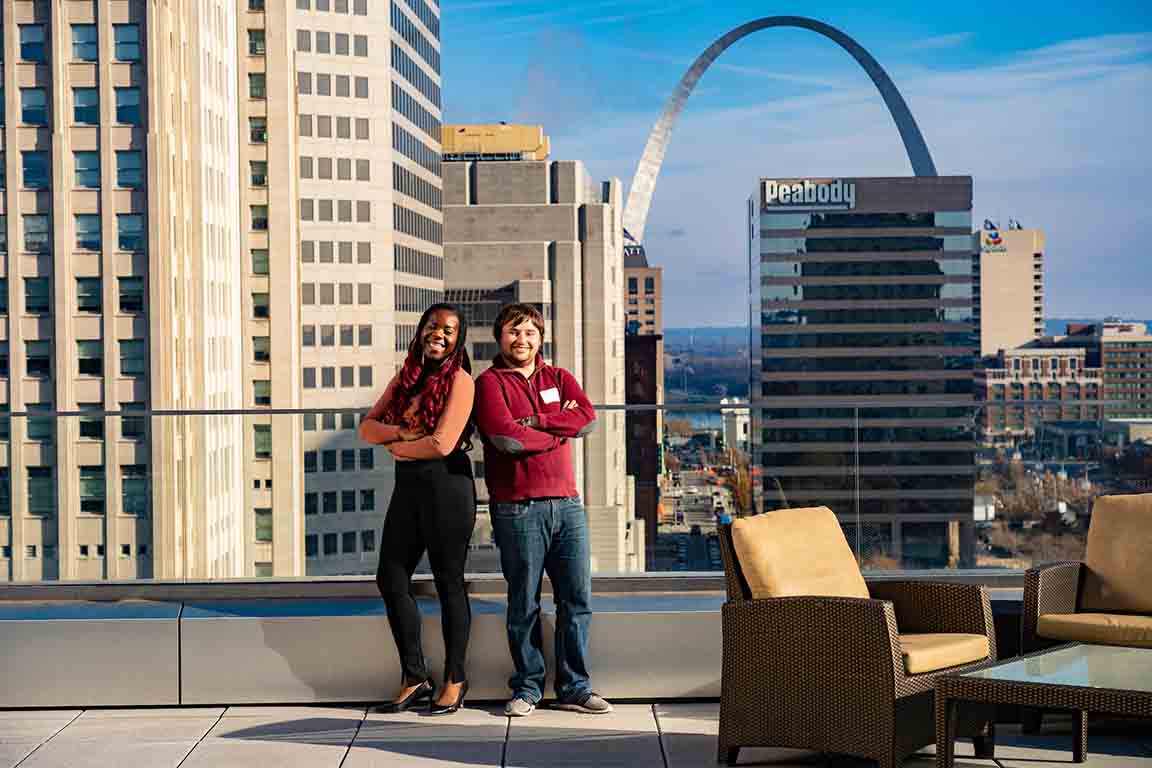 St. Louis Stats According to Self-Financial

"For our students, whether they're from St. Louis or come here from out of town, it’s important that they know that they can start to build their careers right here,” Cox said. “And, of course, the more SLU graduates who succeed in the St. Louis region, the better the networking and internship opportunities for future Billikens.”

Self Financial describes itself as a venture-backed startup that helps people build credit and savings.

Sources for the report include the U.S. Census Bureau and cost of living data from the U.S. Bureau of Economic Analysis. Self Financial looked at the nation’s 50 largest American cities, defining recent graduates as full-time employees aged 22 to 27 with a bachelor's degree.

For our students, whether they're from St. Louis or come here from out of town, it’s important that they know that they can start to build their careers right here."

According to an analysis of the Labor Market for Recent College Graduates from the Federal Reserve Bank of New York, cited in Self Financial's report, college graduates in that age range made $20,000 more than their counterparts with only a high school diploma in 2020 — for a median nationwide starting salary of $50,000 a year.

Self Financial reports that the highest earning degrees, with median salaries for recent graduates around $70,000, are computer science and engineering degrees.

St. Louis is home to nine Fortune 500 companies, including Bayer, Express Scripts, Emerson Electric and Edward Jones. It’s also a hotbed of innovation and entrepreneurship, with Popular Mechanics recently ranking it the No. 1 start-up city in America.