“These two classes of diabetes drugs have vastly different mechanisms of action, so we hypothesized they could enhance each other’s activities to result in better therapeutic efficacy against these metabolic diseases,” said McCommis. “We thought both increasing insulin production and reversing insulin resistance would greatly improve metabolic function in these mice.” 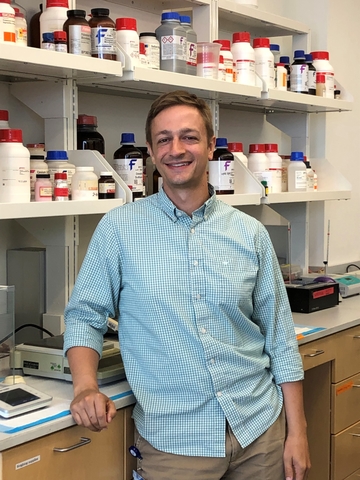 One class, insulin sensitizers, counteract the insulin resistance that commonly occurs in obesity and allows insulin to once again be effective in its target tissues. The other class, GLP-1 receptor agonists, improves blood sugar levels by slowing stomach emptying and increasing insulin production by the pancreas.

The findings, “Novel insulin sensitizer MSDC-0602K improves insulinemia and fatty liver disease in mice, alone and with liraglutide” were published online May 19 in the Journal of Biological Chemistry.

In these studies, obese and diabetic db/db mice were treated either with the insulin sensitizer MSDC-0602K, which is currently in clinical development for the treatment of nonalcoholic steatohepatitis, the GLP-1RA liraglutide, or both.

MSDC-0602K alone corrected the blood glucose levels of db/db mice back to lean control mouse levels. However, additive effects of both therapies came to light when mice were directly tested for their ability to handle glucose during a glucose tolerance test.

“This suggests that MSDC-0602K, alone or in combination with liraglutide, can preserve pancreatic beta cell function by reducing excessive insulin secretion in diabetes” McCommis said.

Another reason to test combination therapy is that the addition of GLP1-RA may be able to prevent a common side effect of insulin sensitizers, which is moderate weight gain.

Nonalcoholic steatohepatitis is a common comorbidity of diabetic patients in which the liver becomes injured from excessive fat accumulation and inflammation. No approved therapies currently exist for nonalcoholic steatohepatitis, so this drug combination was also tested in a mouse model of the disease. While both therapies on their own resulted in moderate improvements in liver pathology, the most significant improvements occurred with combination of MSDC-0602K and liraglutide.

Overall, this study suggests that combining these two classes of diabetes therapies results in superior treatment of both diabetes and fatty liver disease, and supports testing similar interventions in humans.