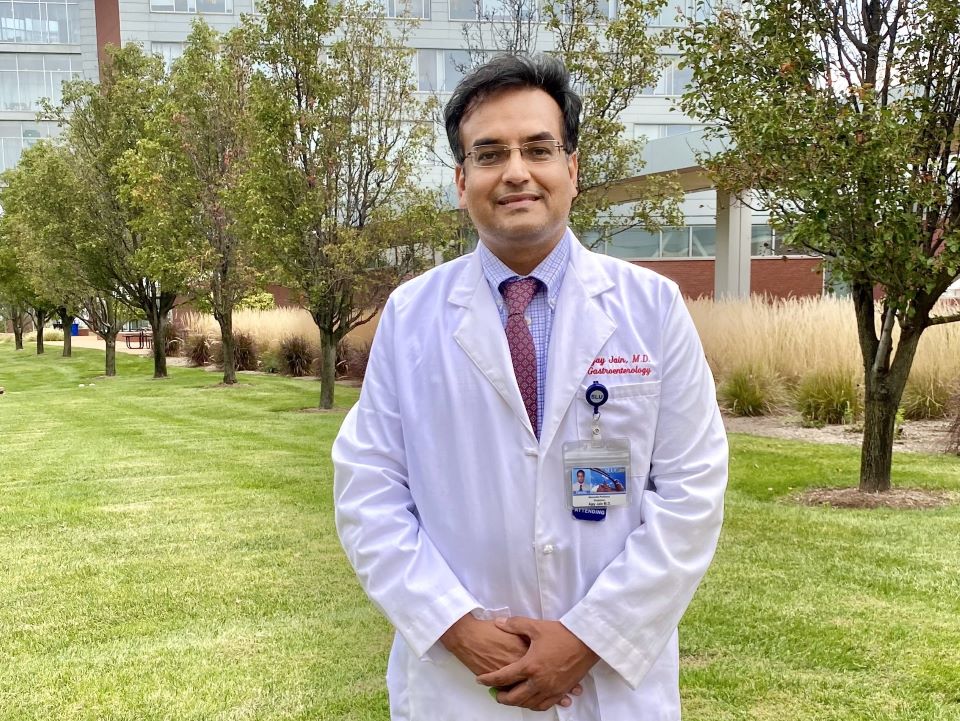 Bowel resection, a surgical procedure in which a diseased part of the intestine is removed, leads to SBS. Patients with SBS cannot maintain nutrition through regular feeding due to insufficient intestines. Such patients, in the absence of food, require intravenous nutrition via a process called Total Parenteral Nutrition (TPN), Jain said.

There are tens of thousands of patients worldwide permanently dependent on TPN for their survival. These include adults, children, and newborn babies. Despite being on a lifesaving TPN therapy, SBS patients suffer from potentially fatal liver and gut injury with many patients requiring a multi-visceral transplant. Thus, this is a major research focus in gastroenterology and hepatology, Jain said.

He further states that results from their novel studies highlight that altered gut-derived signals play a major role in driving injury mechanisms in SBS.

"If we could restore these signaling pathways, then we could bring a paradigm change in the management and care of these patients,” Jain said.

This NIH grant will evaluate the impact of novel molecules that he has been working on in preclinical models, to test their efficacy in mitigating the multisystem injury in SBS. He will also explore new signaling pathways that would open a new area of therapeutic targeting.

As part of this funding, Jain will also use organoids, a highly specialized technique where organs are grown in the lab for further validation and to gain mechanistic insights.

“We believe that we are on the verge of creating sustainable options for our sickest patients with SBS with our translational research and such could prove transformative not only as a treatment but advance science in unlocking the mysteries of the gut to systemic signaling, with far-reaching consequences,” Jain said.