Later this month, Saint Louis University will hold a dedication ceremony for the naming of the amphitheater near SLU’s iconic clock tower in memory of the late University leader and faculty member, Jonathan Smith, Ph.D. 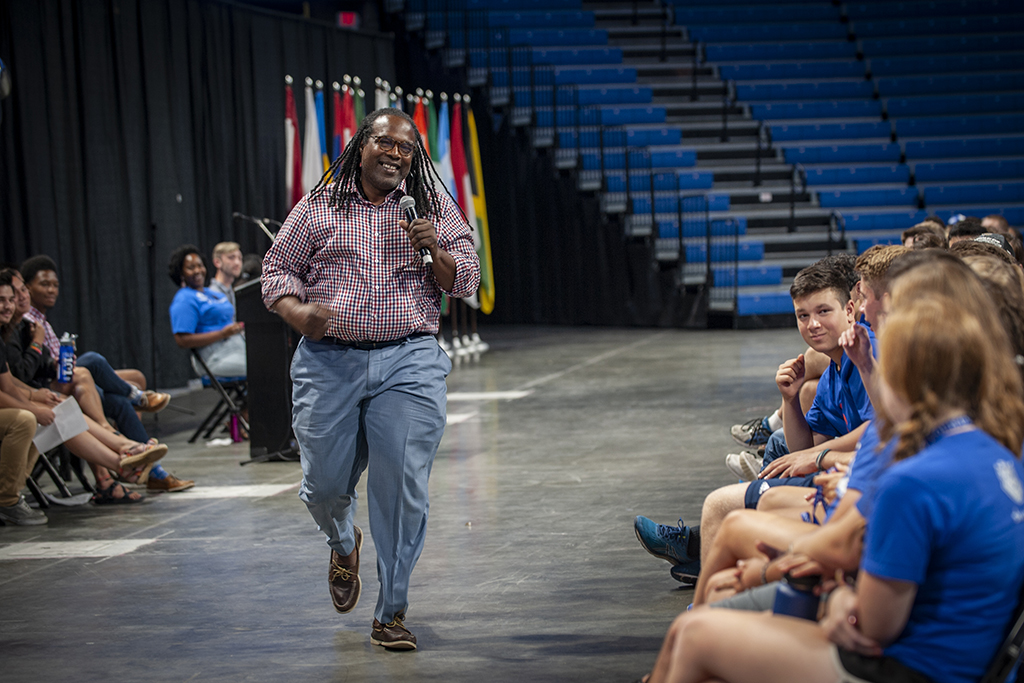 The late Jonathan Smith, Ph.D., addresses students during an Oath of Inclusion event in Chaifetz Arena. Smith, who passed away in June, served as SLU’s inaugural vice president for diversity and community engagement. File photo

SLU’s inaugural vice president for diversity and community engagement, Smith died suddenly on June 19 at the age of 61 following a recent stroke.

The dedication ceremony will include the unveiling of a commemorative plaque at the amphitheater honoring Smith and his legacy.

University President Fred P. Pestello, Ph.D., announced the amphitheater naming during a memorial service for Smith on June 30 in Chaifetz Arena. The news drew loud applause from everyone in attendance.

The University made several landscape improvements behind the amphitheater, creating additional spaces for students to study, talk and collaborate. New seating areas were added, along with outdoor power outlets.

SLU’s Grounds and Construction Services departments developed the design and managed the project, which took about six weeks to complete. 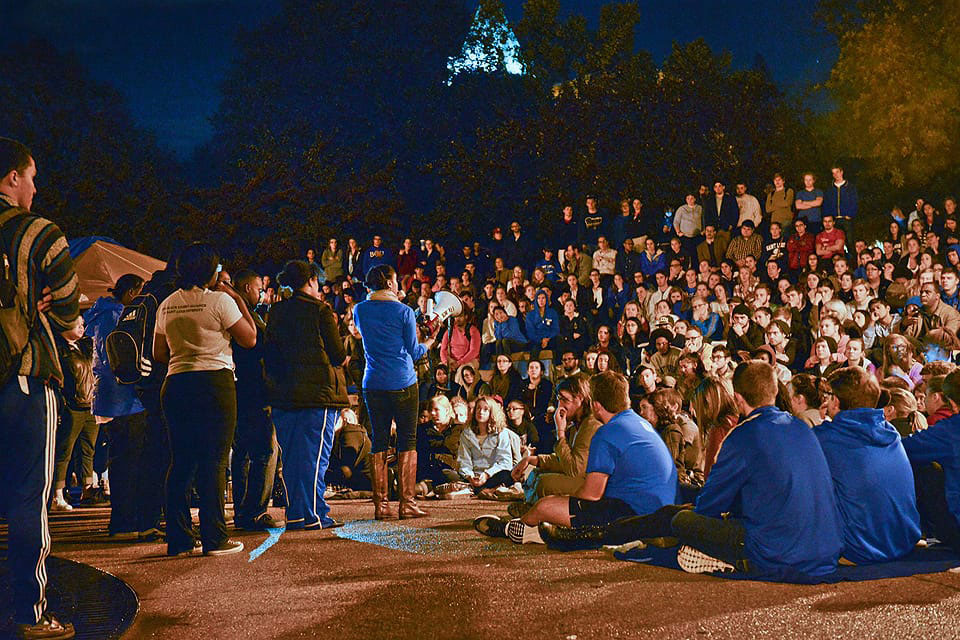 The clock tower amphitheater was the site of evening teach-ins during Occupy SLU in 2014. Smith regularly took his classes to the demonstration. He also had conversations with the student activists about some of the things that ended up in the Clock Tower Accords, which peacefully resolved the weeklong campus encampment. File photo