Rachel Greenwald Smith, Ph.D., can’t help but notice how the concept of compromise seems to be everywhere. 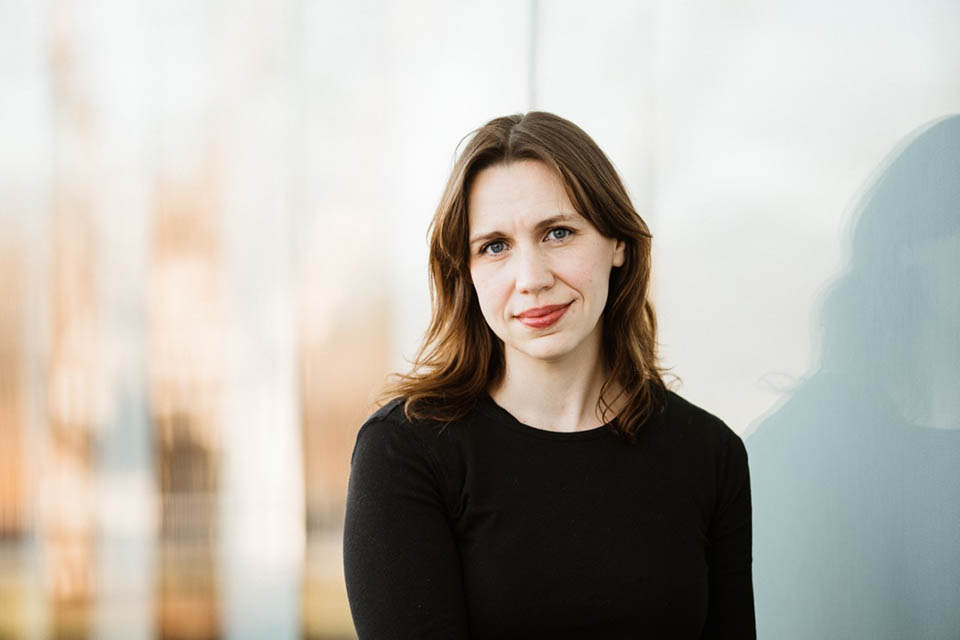 The Saint Louis University associate professor of English recently published the book On Compromise: Art, Politics, and the Fate of an American Idea.

Smith became interested in writing about compromise after noticing a trend in contemporary fiction in which novels written in the style of the experimental avant-garde were quite marketable even as they challenged readers. As an example, she cited David Foster Wallace’s Infinite Jest, a novel that was both entertaining and intellectually demanding.

“Since the 1990s, literary fiction has become dominated by novels of this type,” she said. “While I enjoy many of these books, I became skeptical of literary culture’s investment in this compromise between experimentalism and marketability, because it seemed to suggest that oppositional forms of literature were obsolete, that there was no longer any need for a literary avant-garde.”

Through a series of essays, On Compromise explores the commonly accepted idea that compromise is always good.

“The book is about the problems that arise when compromise becomes valued as a goal in and of itself,” she said. “I don’t suggest that all compromises are bad or that we should never compromise. Compromising is essential in order to get certain things done, in order to live and work with others. But it’s one thing to know that compromise is inevitable and another to celebrate it.”

Smith notes that compromise is unavoidable, particularly in the world of politics where talking heads often implore both sides to give and take to reach a deal, but suggests that compromise doesn’t simply, by default, lead to the best outcomes.

“We live in an unjust society, so all of us are constantly in the position of having to make compromises we know to be less than ideal,” she said. “Compromises in politics are sad things; they involve loss. The book challenges the prevailing notion that compromising is good: that being willing to compromise is a moral virtue and that political goals can be better attained through a willingness to compromise than through the refusal to do so.”

Smith also touches on compromises in the abstract. The book’s final chapter is about COVID-19 and how, as a virus, it is “not a reasonable negotiation partner.”

“The pandemic has forced privileged people to confront a startling limit to compromise,” she said. “And I think throughout the past year we’ve all heard a lot of language that indicates frustration with that fact. People say things like ‘hasn’t it been long enough?’ as if the virus should be willing to give up its ambitions and compromise with us.”

Smith began working on the issue of compromise in her scholarship in 2014, soon after she finished her first book, Affect and American Literature in the Age of Neoliberalism. She began On Compromise in 2016.

In 2018, the book went under contract with Graywolf Press, an independent trade press. While her first book was written with an academic audience in mind, Smith wrote On Compromise for a wider audience.

Smith wrote the book thanks in part to a competitive grant from the American Council of Learned Societies (ACLS) that supported a full year of full-time writing.

“That, plus a sabbatical from SLU, gave me the time to not only write the book but to really think about what kind of book I wanted to write,” she said.

On Compromise is out now.