Colleagues and friends from the School of Medicine, SLUCare, SSM Health and across the University joined together Friday, Oct. 22, to celebrate the medical and administrative career of Robert Wilmott, M.D. Wilmott is the former dean of the School of Medicine and Vice President for Medical Affairs. He also served as the chair of the Pediatrics department for 17 years. 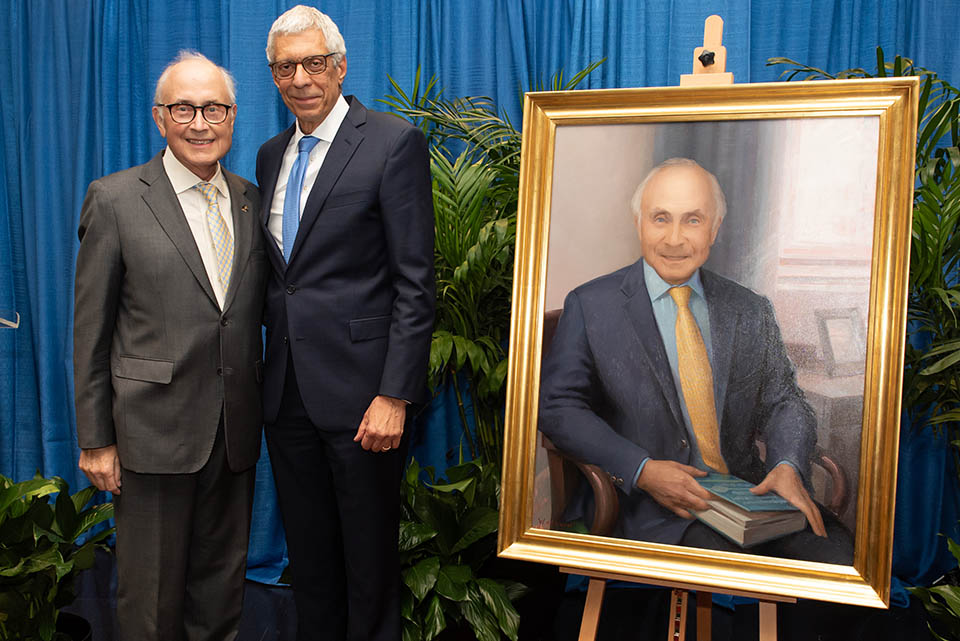 Wilmott was appointed dean and vice president for medical affairs in January 2019, during what several speakers noted was a trying time for the school and SLUCare. He was lauded for the positive changes that happened under his leadership.

“Bob’s mark on the University, on this School of Medicine, on our leadership team, will be long lasting,” said University President Fred P. Pestello, Ph.D. “He shifted the trajectory of the school.”

“Bob, you have much to show for your leadership as Dean - a legacy of strong departments and chairs, financially stable SLUCare, medical school accreditation, and a strong relationship with our SSM Health partner,” said Interim School of Medicine Dean and Interim Vice President for Medical Affairs, Christine Jacobs, M.D. “Thank you for your tremendous leadership and contributions.”

“He has a fruitful career in research; a teacher to countless students, residents, fellows, faculty, and families; a master clinician; and he weaves service into every aspect of his work,” said Albers.

The highlight of the event was the unveiling of the portrait of Wilmott by Pestello and artist Patricia Watwood. The painting will hang near the School of Medicine’s dean’s office. 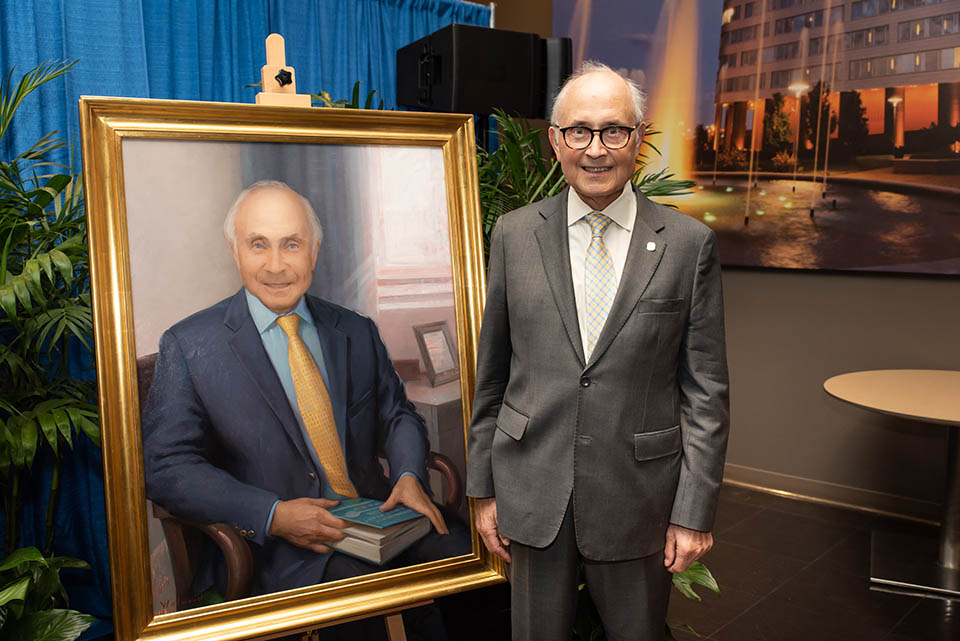 Colleagues and friends from the School of Medicine, SLUCare, SSM Health and across the University joined together Friday, Oct. 22, to celebrate the medical and administrative career of Robert Wilmott, M.D. His portrait was unveiled at the ceremony. Photo by Luke Yamnitz.

Additionally, The Robert Wilmott, M.D. Honorary Endowment in Pediatrics has been established in his honor. Those wishing to contribute may do so by clicking on this link.

In his remarks, Wilmott gave special thanks to his wife of 40 years, Cathy, and his four daughters, who along with his colleagues have made his time at SLU special.

“I want to thank you for giving me the opportunity to lead the School of Medicine for the last three years. I could never have been successful without the strong support of all of you,” Wilmott said.