Becvar served as an adjunct professor from 1979-1984, before re-joining the University full-time in 1985. 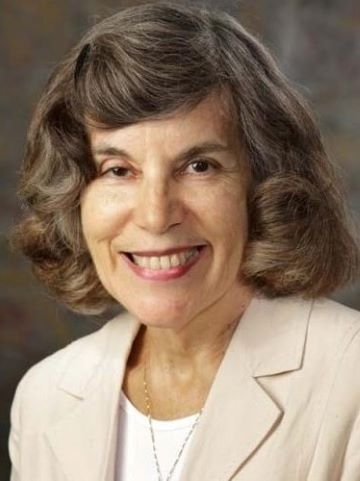 Becvar was born March 14, 1941, and grew up in Wyndmoor, Pennsylvania. She graduated from Cornell University in 1963 with a degree in political science. In 1980, she earned her M.S.W. from the (then) School of Social Service at Saint Louis University. She received her doctorate in family studies from SLU in 1983.

In her academic career, Becvar taught at the University of Missouri-St. Louis, SLU School of Education, Texas Tech University, Washington University, Radford University and in SLU’s School of Social Work. Her husband, Raphael ‘Ray’ Becvar, Ph.D., also taught at SLU for a time.

“Dorothy was an outstanding teacher, author and therapist. She made major contributions to the School of Social Work through her teaching and curriculum development in the family concentration of the MSW Program,” said John Slosar, Ph.D., former director of SLU’s MSW Program. “She was a wonderful colleague and will be missed by all who knew her.”

During her professional career, Becvar published more than 80 peer-reviewed journal articles, 29 book chapters and wrote/co-authored with Ray Becvar two texts in the field of marital and family therapy – eight editions of the textbook “Family Therapy: A Systemic Integration,” and “Systems Theory and Family Therapy: A Primer.”

She authored “In the Presence of Grief: Helping Family Members Resolve Death, Dying, and Bereavement Issues” and “Soul Healing: A Spiritual Orientation In Counseling And Therapy.” Becvar also wrote other books, numerous reviews, forwards and prefaces.

“Dorothy  was proud of receiving her M.S.W. degree and Ph.D. in Family Studies from SLU and then returning later to the SLU faculty where she awed the students with her knowledge, common sense and compassion,” said Susan Tebb, Ph.D., professor emerita in the School of Social Work. “Dorothy believed healing came to people in many ways and used many different modalities with her clients, students, friends, family and herself. As an author she made textbook and journal reading fun and understandable.”

With her husband, Becvar was a co-founder and director of the St. Louis Family Institute and later The Haelan Centers, a non-profit organization dedicated to the memory of her son John Reif, Jr., who passed away at age 22. The Centers offer therapy to all clients regardless of ability to pay.

Services will be held at 10 a.m. Saturday, Oct. 9, at Trinity Episcopal Church, 600 N Euclid Ave., St. Louis, MO 63108. There will be a gathering immediately following in the outdoor garden (weather permitting) or worship hall. Visitation begins at 9 a.m.