Saint Louis University’s Pius XII Memorial Library was named Missouri Library of the Year for distinguished achievement in service. The Missouri Library Association (MLA) will recognize SLU during an awards ceremony at the MLA’s annual conference on Wednesday, September 29.

Martha Allen, assistant dean of User Services and professor at SLU’s Pius Library, said the recognition is due to library faculty and staff response to unique challenges brought on by the pandemic. In March of 2020, when a city-wide mandate forced most buildings on SLU’s campus to close, Allen said Pius Library remained open and began the transition to online services.

“Pius Library was not only open for business but had the longest open hours of any academic or public library in the state of Missouri."

Updates included the creation and distribution of signage throughout the building as well as the removal of tables, over 800 chairs, and more than 40 sofas to create socially distanced study areas. Allen said they also added thirty single-study rooms to the reservation system that yielded approximately 26,000 reservations during the academic year. 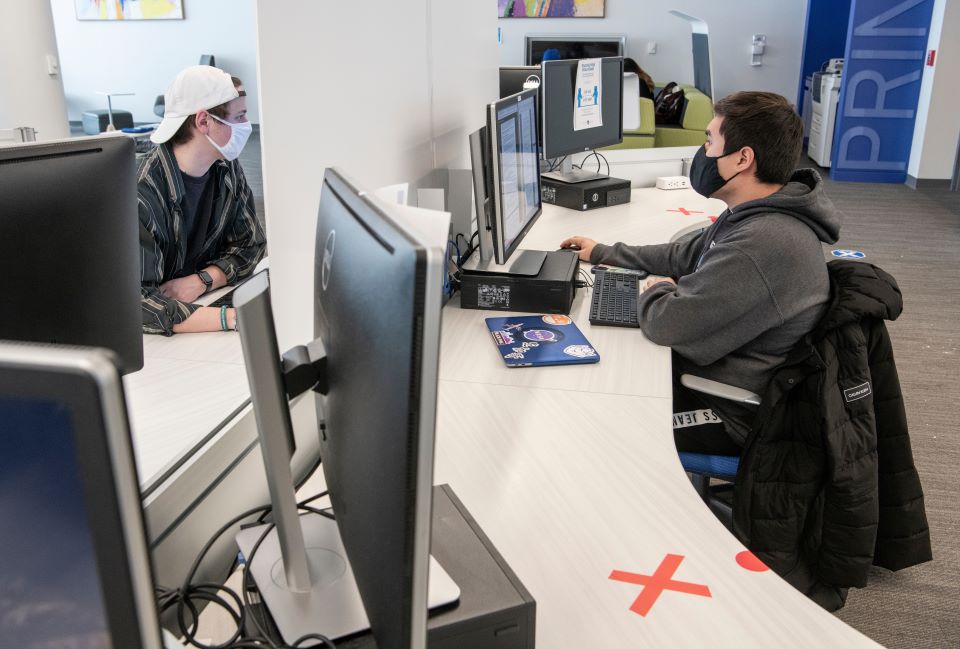 Pius Library is the largest of three libraries at the University. The library’s print and digital resources comprise an estimated 1.7 million volumes which include 30,000 rare books. Pius Library also boasts a unique research collection of more than 37,000 microfilmed manuscripts from the Biblioteca Apostolica Vaticana in the Knights of Columbus Vatican Film Library.

“It was not always easy, but we never lost faith that we would get through the year together as a team,” Allen said. “That teamwork resulted in extraordinary service to our patrons during an extraordinary time.”