Rebecca Townley wasn’t sure what to expect when Saint Louis University President Fred P. Pestello, Ph.D., came into her class and asked her to come to the front. She quickly realized it was good news.

Months before, Townley had sent off an application to the Harry S. Truman Scholarship Foundation to become a Truman Scholar. After a long process, she realized it was time to figure out if she had made the cut. She did. 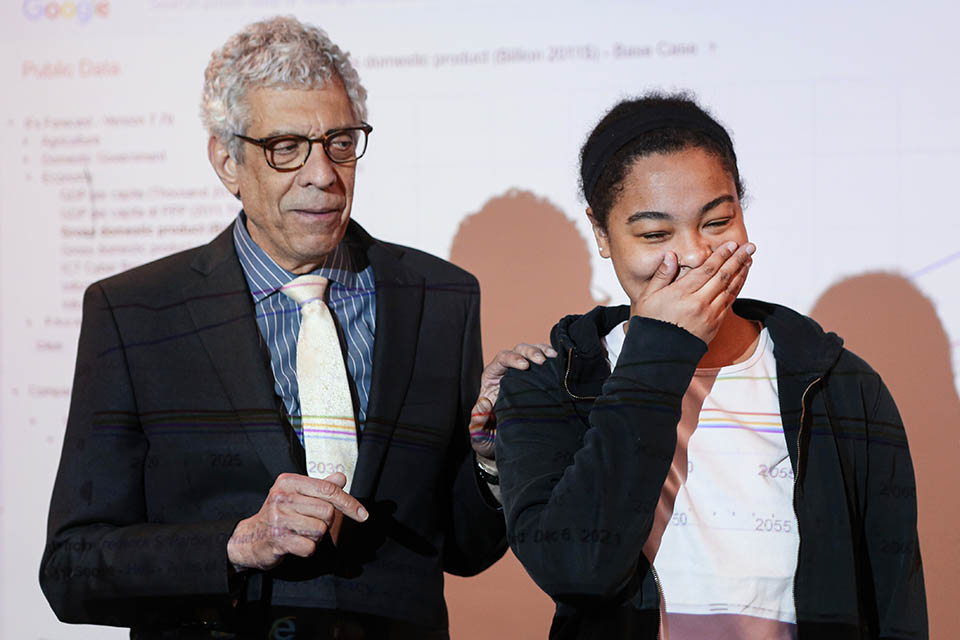 SLU President Fred P. Pestello, Ph.D., surprises Rebecca Townley with news that she has been named as a 2022 Truman Scholar. Townley is the fourth Truman Scholar in SLU’s history. Photo by Sarah Conroy.

Townley, a student in the College of Arts and Sciences, is one of 58 new Truman Scholars selected from 705 candidates nominated by 275 colleges and universities. The African American studies and political science major is the fourth SLU student in history and the first since 2010 to be named a Truman Scholar.

“It’s honestly really hard to put into words, but it just means a lot that I was selected,” Townley said. “It feels good to see all the hard work I’ve put in these last couple years truly pay off.”

“At first, I was a bit confused when I was called to the front of the class by Dr. Pestello, but I quickly put the pieces together because I knew I would be finding out this week if I was selected or not,” Townley said. “I was so excited I wanted to jump up and down and all I could do was smile and couldn’t stop smiling the rest of the day.”

Truman Scholars demonstrate outstanding leadership potential, a commitment to a career in government or the nonprofit sector, and academic excellence. Each Truman Scholar receives up to $30,000 toward a public-service graduate degree, leadership training, career counseling, and special internship and fellowship opportunities within the federal government. All scholars join together at the Truman Scholars Leadership Week, held at William Jewell College.

“The Truman Scholarship is the premier award for students who will become change agents and champions for social justice in government, nonprofit organizations, and industry,” Pampel said. “These values align very well with SLU’s Jesuit mission, especially for those students who are inclined towards public service. As we celebrate this incredible honor for Becca and await the wonderful things she will accomplish as a Truman Scholar, we hope her selection as just the fourth Truman Scholar in SLU’s history inspires future students to aim for this lofty goal.”

The 58 new scholars were recommended by 17 independent selection panels based on the finalists’ academic success and leadership accomplishments, as well as their likelihood of becoming public service leaders. Regional selection panels met virtually and included distinguished civic leaders, elected officials, university presidents, federal judges, and past Truman Scholarship winners. Townley, an Omaha, Nebraska native, was part of the Denver region.

Townley said the whole process was quite rigorous. 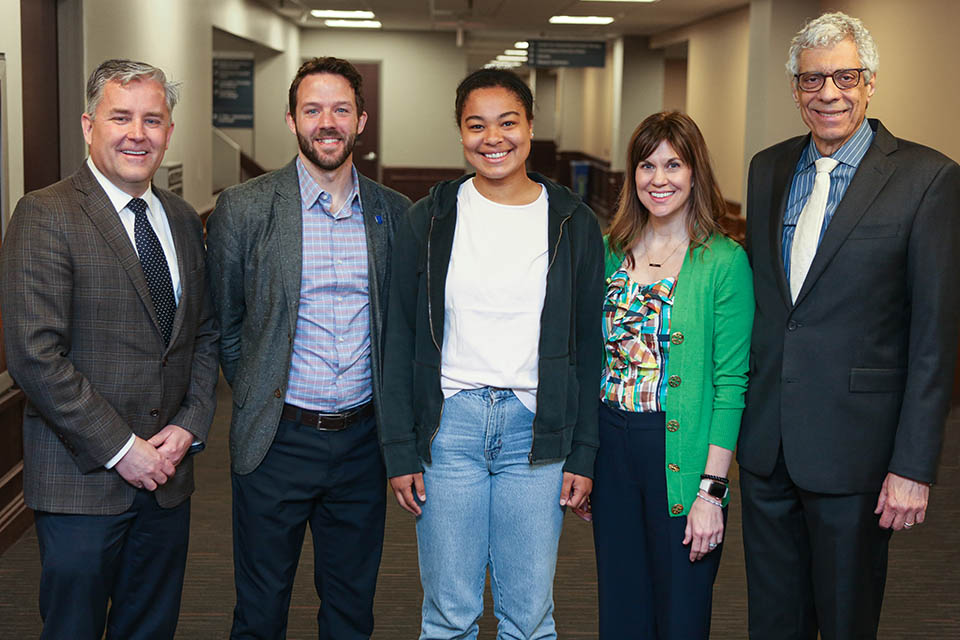 Along with the essays, she had to do an interview. She worked with a number of people to prepare for the interview, including Taylor.

“Becca’s application for the Truman Scholarship demonstrated her past success and incredible potential as a scholar, leader, and social justice advocate,” Taylor said. “As she prepared and revised her application materials, it was inspiring to see her identify important issues and policies she wants to change and research she wants to pursue. I’m thrilled that Becca’s focus, ambition, and desire to make a difference through public service has been recognized by the Truman Committee.”

Townley had her Zoom interview on March 11. After that, she had to wait to hear if she made the cut. Now knowing that she will be a Truman Scholar, she has big plans for the future.

“After finishing my studies at SLU, I hope to pursue a joint degree obtaining my law degree (JD) and master’s in public health (MPH),” she said. “I hope to do a year of service before going into law school. I eventually want to work with public health and public policy issues where I would continue researching and advocating for those who are at the intersection of reproductive health, justice and mass incarceration in the United States.”

Established by Congress in 1975 as the living memorial to President Harry S. Truman and presidential monument to public service, the Truman Scholarship carries the legacy of the 33rd President by supporting and inspiring the next generation of public service leaders. A total of 3,442 Truman Scholars have been named since the first awards in 1977.