The Dictionary of Literary Biography lists Gaiman as one of the top ten living post-modern writers. He is a prolific author of prose, poetry, film, journalism, comics, song lyrics, and drama. 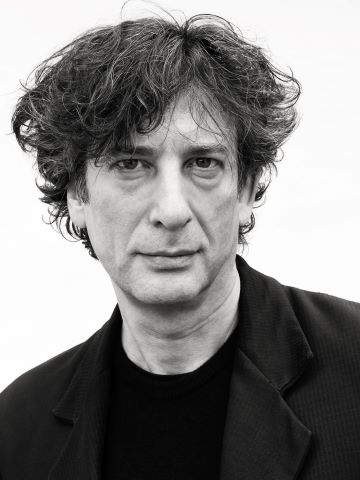 “Our selection committee saw in Neil Gaiman a brilliantly engaging writer whose characters and story lines feel simultaneously familiar and completely original,” said Edward Ibur, Executive Director of the St. Louis Literary Award. “While he is best known as a novelist, Gaiman is equally adept at writing poetry, song lyrics, plays, comic books and screenplays. “Coraline,” “Neverwhere,” “The Ocean At The End Of The Lane,” “American Gods,” “The Graveyard Book,” “Stardust,” and “The Sandman” are just a handful of the novels Gaiman has written over the years that feel like they become “classics” right out of the gate.”

Gaiman has been honored with both the Newbery and Carnegie Medals.

“The selection committee believes the incredible diversity of  Gaiman's body of work—so often enchanting, alluring, and always engrossing, uniquely connects with the mission statement of the St. Louis Literary Award: The Saint Louis Literary Award recognizes a living writer with a substantial body of work that has enriched our literary heritage by deepening our insight into the human condition and by expanding the scope of our compassion,” Ibur said.

The award ceremony will be held on April 13, 2023, at the Sheldon Concert Hall. Tickets sales to attend in-person or online will begin later this fall.

A craft talk will take place on April 14 on the campus of Saint Louis University.

“I am excited that our SLU students, faculty, and staff will have the opportunity to participate in the programs we will have going all year,” Ibur said. “We will be kicking things off with our Campus Read novel, Gaiman’s wickedly fun “Stardust,” which will be available for free to our SLU campus at all of the University Libraries.”

Special programs are being created for a middle school Campus Read of “The Graveyard Book.”