The study, published in the New England Journal of Medicine, was co-authored by a SLU psychologist

ST. LOUIS – Research published in the New England Journal of Medicine has shown that a computerized program enhanced with driving simulation training with feedback lowers the risk of car crashes for teenagers with Attention Deficit Hyperactivity Disorder (ADHD).

Annie Artiga Garner, Ph.D., associate professor of psychology at Saint Louis University, is a co-investigator in the study, which was led by Jeffrey N. Epstein, Ph.D., a pediatric psychologist with the Division of Behavioral Medicine and Clinical Psychology at Cincinnati Children's Hospital. 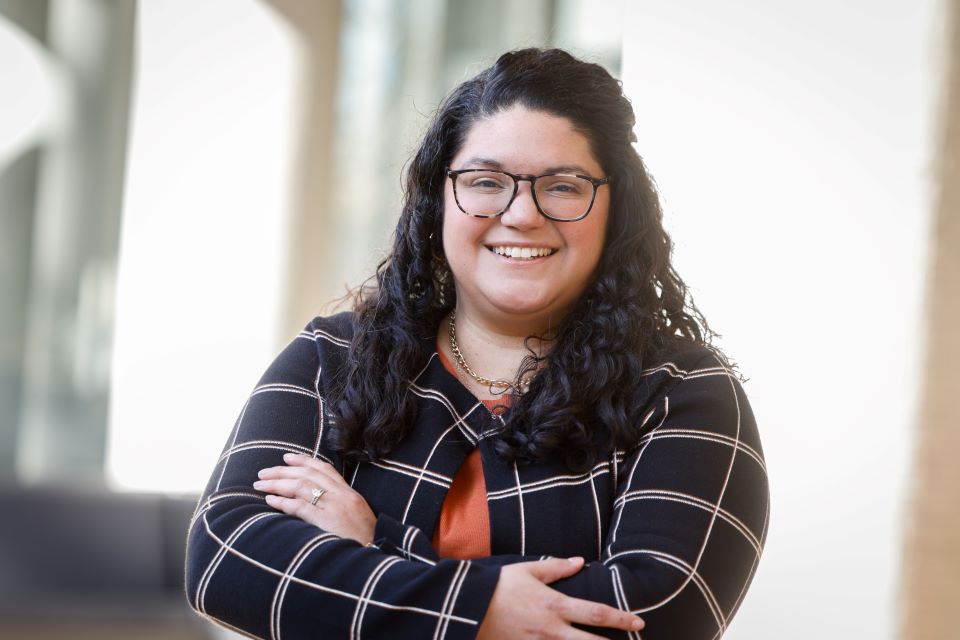 The study, “Trial of Training to Reduce Driver Inattention in Teens with ADHD” was published online on Dec. 1, in the New England Journal of Medicine.

Teenagers with ADHD are at an increased risk of car crashes. The study evaluated a computerized skills training course designed to reduce long looks away from the road and focus attention back on the roadway.

The program decreases risky long-glance behavior at one and six months after training compared to conventional drivers’ education and reduced crash or near-crash risk during a year of naturalistic driving conditions.

“We know that those with ADHD really need practices that mirror what happens in the real world,” Garner said. “Skills learned in an environment that is as close to real-world conditions as possible are better implemented when they go out driving. A basic computer program isn’t as effective.”

“Anything longer than two seconds increases the risk of a crash or a near-crash happening.”

Licensed drivers aged 16-19 were randomly assigned in a 1:1 ratio to Enhanced Focuses Concentration and Attention Learning (FOCAL+), a program that targets reduction in the number of long-glances away from the road, or to enhanced conventional driver education. A long glance is defined as anything more than two seconds.

“Anything longer than two seconds increases the risk of a crash or a near-crash happening,” Garner said.

She said the FOCAL+ program included eye-tracking monitors coordinated with an auditory alarm for each session to give immediate feedback.

“Teenagers with ADHD need immediate feedback – you have to tell them at the moment, not after a session is complete,” Garner said. “The system employed an auditory component which would beep at them until they brought their eyes back to the road.”

Garner said the interventionists in the training employed skills already identified as successful in keeping those with ADHD motivated, including immediate feedback and praise for good choices.

The FOCAL+ program is devised to reduce glance duration to distracting tasks by training teens to use repeated but brief glances between the secondary task of looking at a road map and the roadway during a desktop computer simulation.

Following the training, an in-vehicle camera monitored the driving habits of the study participants for a year.

“We know that driving behavior is pretty good when mom or dad is in the car,” Garner said. “It is during those first months of being a new driver, alone in the vehicle without someone else paying attention for you, that we see crashes.”

Garner trained the coders who went through the more than 6,000 recordings of teens’ real-world driving in their own cars, performed data analysis and co-wrote the paper.

“The execution of this study required an interdisciplinary team of researchers including engineering, perception and human factors researchers, and clinical child psychologists,” Garner said.