ST. LOUIS — Saint Louis University President Fred P. Pestello, Ph.D., and SLU Alumnus and Trustee Darryl Jones have been honored for their work in the St. Louis community by the City NAACP chapter. 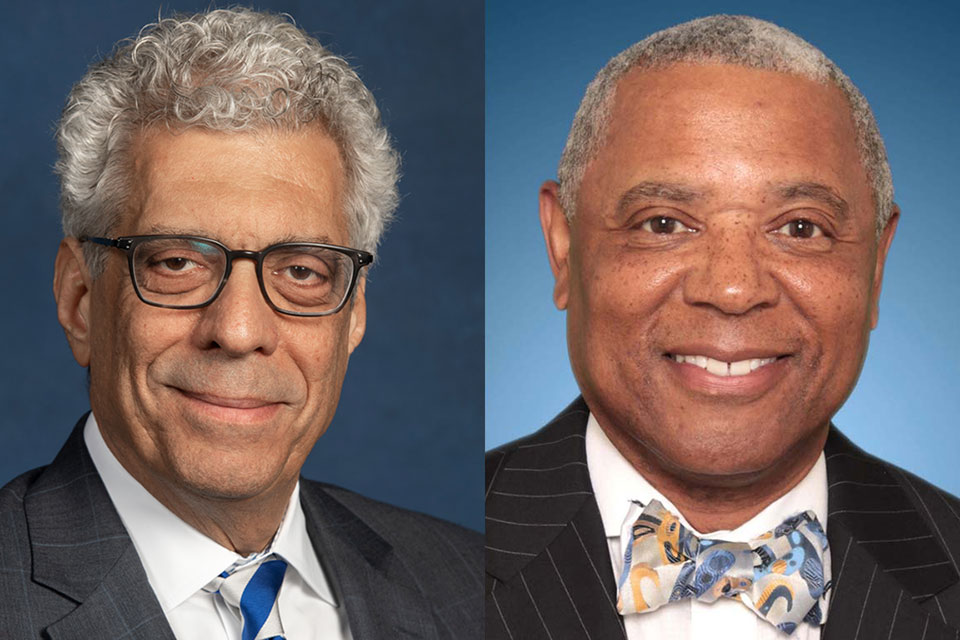 Pestello and Jones, managing partner of D&D Concessions, received the Frankie Muse Freeman/Norman C. Seay Commitment to St. Louis Award at the chapter’s 110th Anniversary Celebration and Annual Freedom Fund Dinner on Feb. 19. Presidents and distinguished alumni or board members from several local universities were also honored at the event.

This event is held each year during Black History Month, according to the NAACP, “…to recognize exemplary service, distinguished leadership, and commitment to improve the cultural, social, and economic growth and development of the St. Louis community.”

“It was truly an honor to be recognized alongside distinguished alumnus and trustee Darryl Jones, especially with an award named after transformative leaders like Attorney Frankie Muse Freeman and Norman R. Seay,” Pestello said.

"The St. Louis City NAACP is an organization with a profound and visible legacy,” Pestello continued. “Where there have been strides toward racial equity in housing, employment, and education – the NAACP’s leadership, attorneys, and members have played a critical part in these advances."

“I want to congratulate Darryl Jones for also receiving this award,” said Pestello. “At SLU and in the community, Darryl has been a lifelong champion for diversity, equity, and inclusion, and we are proud to have him as an alum and a trustee.”

SLU is one of the region’s largest employers and has led the nearly $1 billion in redevelopment projects in Midtown St. Louis since 2017. More than $715 million in local economic benefit is generated annually by SLU. Additionally, University students, faculty, and staff give more than 1.6 million hours of community service each year. SLU is rated one of the country top universities for community service by The Princeton Review.