The virtual dialogue with the Holy Father was hosted by Loyola University Chicago as part of the ongoing consultation process for the Synod of Bishops. SLU’s Quique Riojas and Amy Cook were part of a group of students who addressed Pope Francis on immigration and economic justice issues. 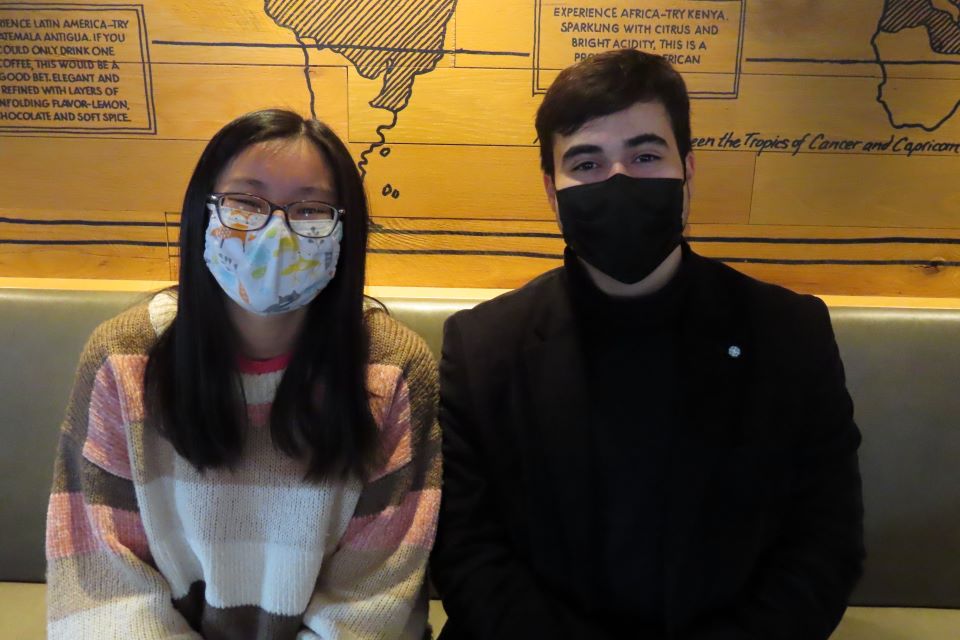 “It was a surreal experience to be on the Zoom with the Pope,” Cook said.

He was engaged in the conversation and Francis told the students that it was a joy speaking with them.

“What we are asked today is to welcome the questions with our mind and with our heart,” Pope Francis said. “The questions  that life asks us and culture addresses us and human problems - we have to receive them with the mind and the heart and we have to respond in an intelligent way, in a heartful way and also in a pragmatic way so with mind, heart an hands.”

Pope Francis took notes as students addressed him and referred to them as he responded back to their concerns. One student asked that this first-of-its-kind event continue in some form going forward with new generations of students and future popes.

The call, which lasted nearly two hours, involved students from North, Central and South America, as well as the Caribbean. The students discussed their studies and shared perspectives on issues ranging from immigration to economic and environmental justice.

Peter Jones, the interim dean of the Institute of Pastoral Studies at Loyola University Chicago and the organizer of the event, reached out to Tobias Winright, Ph.D., associate professor of health care ethics and theology at SLU, because Winright teaches Catholic social ethics, including issues regarding immigration, migration, climate change, and conflict.

“I then asked students in my classes whether anyone is interested or knows of anyone who would be,” Winright said. “I also notified Daniel Smith, who suggested Quique. One of my other students suggested Amy.”

Jones selected Riojas and Cook based on their backgrounds and experiences.

Cook and Riojas participated in a series of Zoom calls with other student liaisons from the Central United States and Canada region. The group formulated their questions around the issues and brought action plans to the meeting.

“We looked at what the Catholic Church has done on these issues and what we’d like to see done in the future,” Cook said.

The event brought together students from eight regions in the Americas. Each regional student synodal group nominated representatives to speak with Pope Francis.

Those students were live on the Zoom while the others watched the discussion via YouTube. Following the official call, all the participants joined another Zoom to have a digital photo taken with the Holy Father.

Many of the student participants were migrants or children of immigrants.

Riojas, a political science major from Iowa, migrated to the United States from Mexico about 10 years ago. Cook, a junior environmental science major, grew up in Jefferson City after being adopted from China as an infant.

Both said they left the experience feeling that the dialogue with the Pope was just the first step.

“I hope this process helps us build bridges,” Cook said. “To know that these issues are important to the Pope can help us have discussions with others.”

Riojas said the group would continue to meet and hope to plan other dialogues, perhaps with U.S. Conference of Catholic Bishops or other church leadership, in the future.